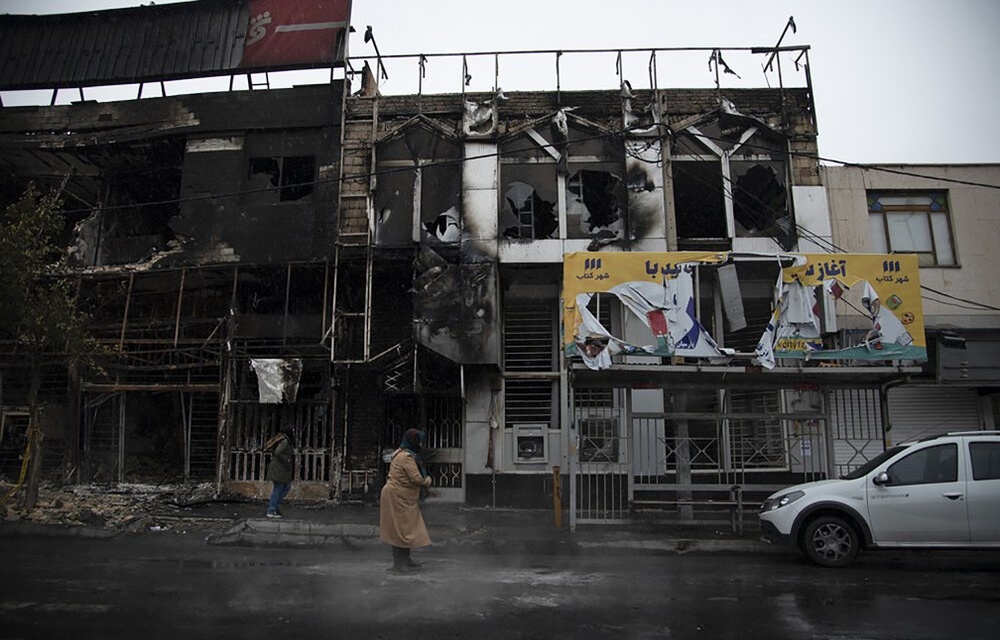 Iran’s death toll in five days of mass protests over rising petrol prices is at least 106, according to Amnesty International.

Amnesty posted the update on Tuesday afternoon as demonstrations reportedly continued, despite regime attempts to cut off Internet and electricity in Iranian cities.

At least 106 protesters in 21 cities have been killed in #Iran, according to reports we have received. Verified video footage, eyewitness testimony & information gathered from activists outside Iran reveal a harrowing pattern of unlawful killings by Iranian security forces.

The organization comments, “We’re horrified at reports that the security forces have killed dozens of protesters in Iran, hundreds injured, & over 1,000 arrested since Friday….We’re alarmed that authorities have shut down the internet to create an information blackout of their brutal crackdown. We’re investigating.”

Fragmented accounts pointed to violence amid the protests across Iran — from Behbahan, Mahshahr, Bushehr, and Shiraz in the south to the Kurdish towns of Javanroud and Marivan in the west to the Tehran suburbs. More banks — targeted amid anger over corruption and regime in-fighting on the issue — and Government buildings were reportedly burnt.

Unconfirmed claims, including purported video, alleged that Revolutionary Guards troops and Basij militia are sometimes firing at demonstrators, aiming at their heads.

A building ablaze in Sabahshahr:

Last Friday at midnight, the Government announce the increase in price of subsidized petrol from 10,000 rials to 15,000 rials (12.7 US cents) per liter. The monthly ration for each private car is now 60 liters per month — with the price at 30,000 rials per liter after that.

Large protests soon spread across the country, and the Supreme Leader intervened on Sunday with the denunciation of “rebellious, malicious, disreputable people” supposedly backed by foreign governments, relatives of the late Shah, and the “terrorist” Mojahedin-e Khalq Organization. President Rouhani said, “We will not tolerate insecurity.”

The warnings escalated on Monday with the Revolutionary Guards’ vow of a “decisive” response. Yesterday the Kayhan newspaper, overseen by the Supreme Leader’s office, wrote, Some reports say that the judiciary considers execution by hanging for the riot leaders a definite punishment.”

State media ignored reports of the large death toll, including Amnesty’s count. Instead, Press TV headlines the funerals in Tehran Province of “a serviceman and a civilian martyred recently at the hands of rioters”. The article said the slain soldier was the commander of a Revolutionary Guards battalion.

The article also claims a pro-regime rally in Gorgan in northern Iran, with slogans against the US and Israel and “those defying the country’s Islamic establishment”, and gatherings in Ardebil in northwest Iran and Khorrambad in the west.