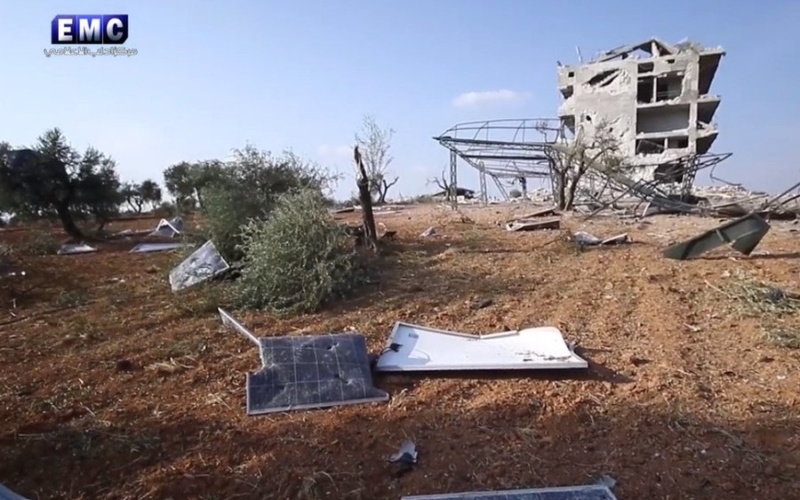 A farmer who drew joy from the cultivation of land in northwest Syria, Haj Ahmed continued to celebrate nature despite the Assad regime’s deadly repression of the 2011 uprising. He saw the future in a solar project, constructing the photovoltaic panels for the energy to feed crops. 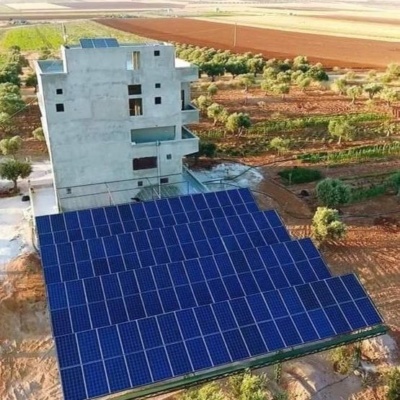 Now the dream is over, bombed out of existence by a Russian warplane.

The Russian Su-34 jets attacked between the towns of Taftanaz and Binnish in Idlib Province on Saturday. One of them aimed at the solar panels.

Haj Ahmed and his wife were killed. Their three sons were seriously wounded. The solar farm was destroyed. 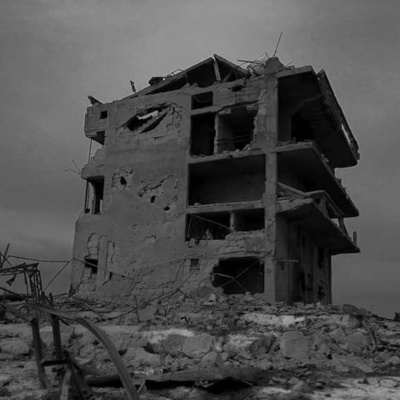 #Syria: moment when #RuAF wiped out today a building with a powerful airstrike in area of #Taftanaz (E. #Idlib). #Russia recently increased its presence over Greater Idlib. pic.twitter.com/GEjJm1hy1t

While the world’s attention has been drawn to northeast Syria, where a Turkish-rebel offensive is threatening to overrun mainly-Kurdish areas after the withdrawal of US forces, Russia is continuing its six-month assault in the northwest, enabling the Assad regime to take over parts of Idlib and northern Hama Provinces.

Despite a declaration by President Vladimir Putin at the start of September of a pause in operations, strikes continue. On Saturday, Russian warplanes attacked the outskirts of the city of Kafranbel, a regular target, and the village of Ameriya in southern Idlib.

Everyday life in the outskirts of #Idlib. Russian warplanes are intensifying the airstrikes. pic.twitter.com/3eggRmUeDI

The UN Commission of Inquiry on Syria concluded last month that the campaign could amount to a “war crime”. The UN’s human rights head Michelle Bachelet detailed the “war crimes” and criticized the “failure of leadership by the world’s most powerful nations” with their “collective shrug”.