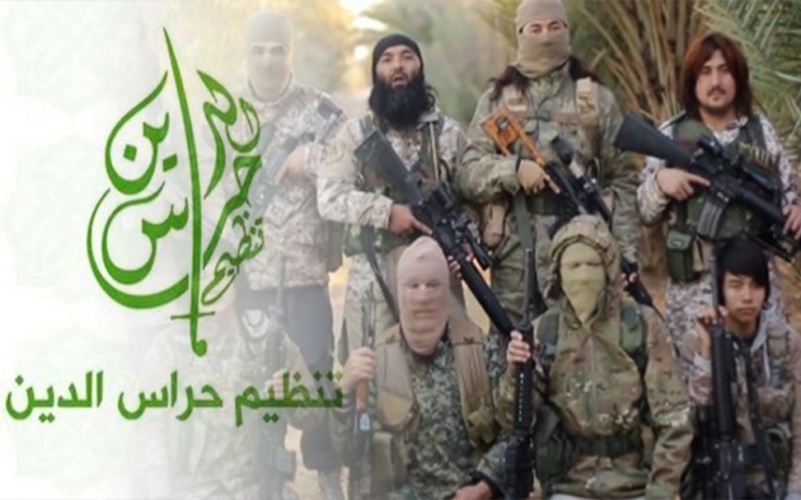 The US military says its warplanes have struck an anti-Assad faction in Idlib Province in northwest Syria, claiming that more than 40 fighters were killed.

The Americans targeted the Huras al-Din group on the northern outskirts of Idlib city, citing its links with Al Qa’eda. The attack was the second in two months on the faction.

Lt. Col. Earl Brown, the head of media operations for US Central Command, said in an e-mail:

This operation targeted AQ-S [“Al-Qa’eda in Syria”] leaders responsible for attacks threatening US citizens, our partners, and innocent civilians….

Northwest Syria remains a safe haven where AQ-S leaders actively coordinate terrorist activities throughout the region and in the West. With our allies and partners, we will continue to target violent extremists to prevent them from using Syria as a safe haven.

Huras al-Din (the Guardians of Religion Organization) is one of the factions in opposition-held Idlib Province, the last major opposition area in Syria, facing a Russia-regime offensive. The group split from the much larger Hay’at Tahrir al-Sham, the leading military bloc in much of Idlib, after HTS broke ties with Al Qa’eda in July 2016.

On June 30, the US targeted Huras al-Din’s leadership as it met at a training facility west of Aleppo. Eight fighters, including six commanders, were reportedly killed.

Saturday’s attack came as the group and its ally Ansar al-Tawhid were holding an operations room meeting, discussing resistance to the four-month Russian-regime offensive which has taken almost all of northern Hama and part of southern Idlib Province.

Despite its split from Hay’at Tahrir al-Sham, Huras al-Din is working with the bloc in military operations. The Turkish-backed rebel National Liberation Front is also trying to hold back the assault.

The US has criticized but taken no action against that offensive, which has killed about 900 civilians, injured thousands, and displaced more than 400,000.

The UN estimates that there are 3 million civilians in the greater Idlib area, about 20% of the remaining population in Syria.

The Assad regime halted airstrikes on Idlib early Saturday after Russia declared a “ceasefire”. However, regime shelling on opposition areas continued, killing a man in Kafranbel.