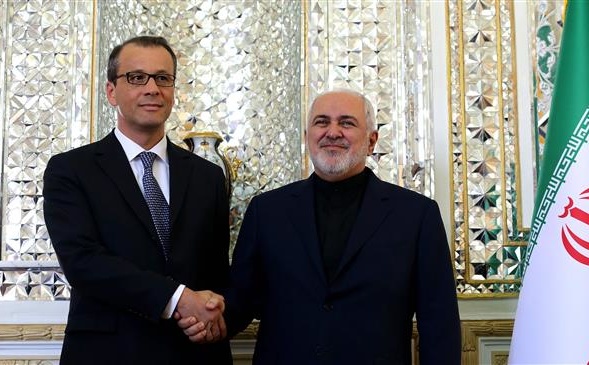 Iran’s officials have used meetings with the head of the International Atomic Energy Agency to repeat their criticism of European countries, after failure to establish a link for Tehran’s troubled economy to bypass US sanctions.

But in a further challenge to the international community, the Secretary of the National Security Council, Ali Shamkhani, called off his meeting with Feruta without an explanation.

Salehi told the IAEA chief that the European Union was supposed to “fill the vacuum” created by the Trump Administration’s withdrawal from the nuclear agreement in May 2018, followed by comprehensive US sanctions in November.

“[The deal] is no one-way street; it was supposed to be a two-way path,” Salehi said. Lashing out at a EU spokesperson for saying, “The EU will remain committed to the JCPOA [Joint Comprehensive Plan of Action] only as long as Iran remains committed to it,” he asked: “The EU is committed to do what? Committed to break its promises?”

Salehi defended Iran’s suspension of commitments. These include breaking the limit on stocks of 3.67% uranium; raising enrichment to 4.5%; and last Friday’s announcement that advanced uranium centrifuges are on-line, breaking the nuclear agreement’s requirement that they be kept in storage.

Zarif posed for photographs with Feruta, but no account was offered of their meeting and the Foreign Secretary did not mention it on his Twitter account.

President Hassan Rouhani set a July deadline for the Europeans to meet Iran’s conditions. When there was no advance in discussions, Iran began its suspensions. Last Wednesday, Rouhani announced the resumption of activity by IR-4 and IR-6 centrifuges.

Months before the 2015 nuclear deal, IR-2m centrifuges were installed but were not operational, while research was being pursued on the IR-4 and IR-6 models — four and six times as efficient at the IR-1 versions carrying out Iran’s enrichment.