How Does Facebook’s Libra Affect The Global Balance of Power? 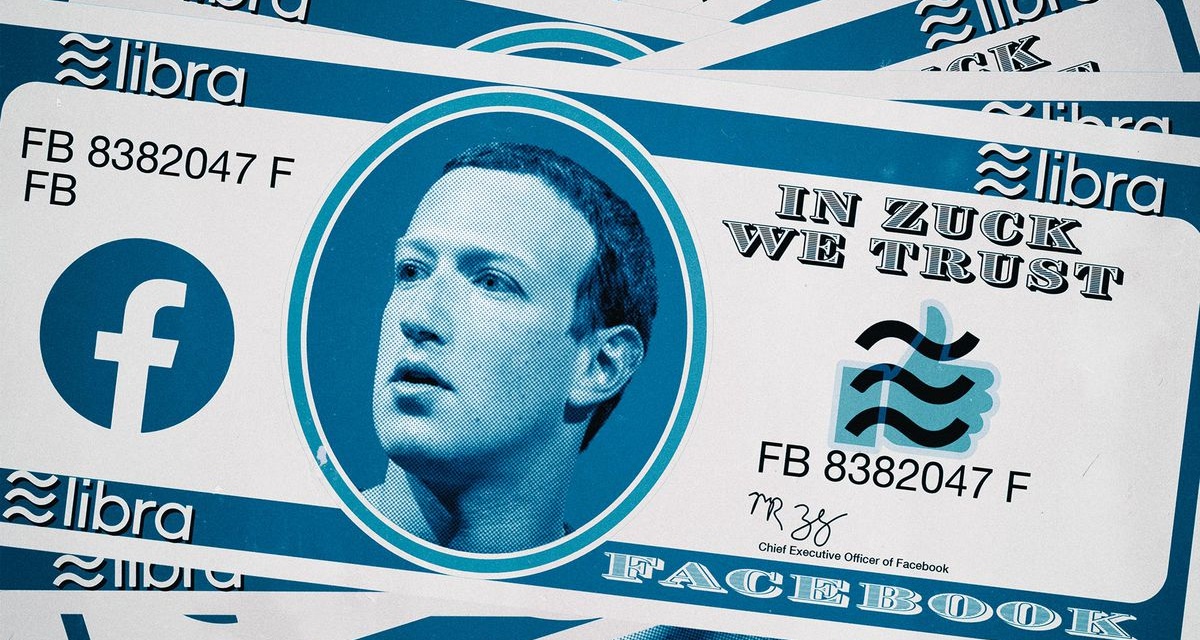 Libra, Facebook’s proposed digital currency set to launch in 2020, has caused quite a stir, and why wouldn’t it? The ability to transfer money anywhere in the world instantly, without having to pay transaction or transfer fees, is a big deal.

But, for all the contribution to personal convenience and saving a bit of money, there are bigger deals. This, with all its scale and audacity, is a direct challenge to the global financial system.

Libra entails a large number of regulatory challenges and dilemmas. Facebook have been in regulatory hot water lately, and they may not be considered by some as the most reliable actor to entrust with the construction of a new financial architecture for the world. But the platform has issued a gigantic statement of intent. And when Facebook make a statement, we would be wise to listen , given that 1.59 billion of us use it on a daily basis.

Let’s start not with currency, but with data. In 2019, this is a national security issue, whether it is access to individuals’ metadata or the sensors and devices that make up 5G infrastructure. This is the contest for power generating a dispute such as that between the US Government and China’s Huawei, a dispute about modeling the world — with all its geopolitical and governance implications — as well as privacy and the preservation of individual liberties. Data that is fed into models is never value-neutral and ends up shaping the way we understand and interact with the world. So, in the age of Big Data and machine learning, the issue of controlling the structuring and determinative capacity of data is one of great (geo)political significance. 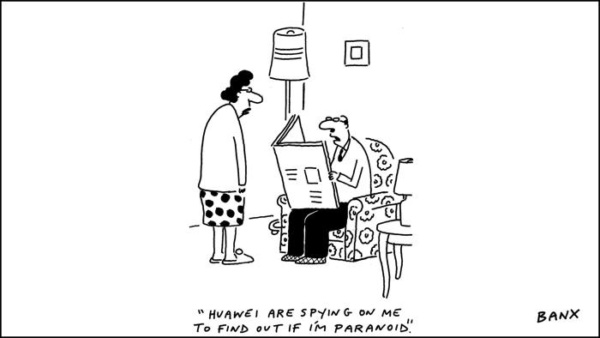 Large data-brokering platforms are key (geo)political actors and integral parts of modern social and economic life. Their protocols and economic imperatives overwhelmingly dictate the form and shape of the Internet, while attempts to regulate them are consistently caught in the tailwinds of the rate of technological progress.

The complications of this new reality are best captured by the reaction to Facebook’s announcement of Libra, which saw regulators across the world descend into meltdown. The US Senate asked Facebook to temporarily halt the development process, and the Indian Government wants to ban Libra entirely. The Japanese Central Bank warned of the detrimental effects Libra could have on monetary policy and Donald Trump called for Facebook to be regulated as a bank, a different approach to the Securities and Exchange Commission who are investigating whether or not Libra is an exchange-traded fund.

Facebook, with more than 2.5 billion users, intends to bypass the international financial architecture and to lead a consortium of corporate and non-Governmental actors to provide the global unbanked with access to capital. Nobody can be certain of the impact, but the questions loom large. If Libra is circulated more widely than the domestic currency, what does this mean for governmental sovereignty? Since customized individual pricing based upon analyses of financial data is not entirely inconceivable, can we really trust Facebook when they say they won’t analyze the financial data of Calibra wallet users?. Is the Libra Association’s centralized blockchain an antitrust issue? What is the potential for abuse of full digital surveillance and identity standardization of the planet’s most vulnerable populations? Would this make Facebook too powerful (if it isn’t already)? This is all without confronting the huge philosophical question as to whether issuing their own currency makes Facebook a state, or whether they are something entirely novel and unique to our current moment.

It would be foolish to ignore Libra’s momentum and the benefits that it proposes. Facebook’s size and network effect dynamics put the initiative in a strong position for widespread adoption. Investors and NGOs would surely be attracted to the transparency implied by a public ledger of transactions. Meanwhile, Facebook’s acquisition of the Chainspace team suggests the Libra could become scalable, and the Libra Association’s 1-to-1 backing of Libra coins with a basket of currencies and highly liquid safe assets and bonds offers a decent likelihood of the coin achieving vaunted stable-coin status.

The most striking aspect of Libra, however, is its potential to transform the remittances industry and the future of money transfer. The proposition of a secure digital wallet and near-instantaneous currency transfer for little to no fee is a revolutionizing concept, especially in countries where remittances constitute a significant portion of GDP, or for vulnerable populations and refugees on the move. Western Union have long made money off these populations by charging them high fees for transfers, and it is easy to see the threat that Libra poses established currency transfer business models.

The future of the digital payments industry is also a (geo)politically significant topic. In 2017 the Committee on Foreign Investment in the United States (CFIUS) blocked a $1.2 billion takeover of MoneyGram, the world’s second largest provider of money transfers, by Chinese firm Ant Financial because of national security concerns that data would be used to identify US citizens. It is notable that China’s digital payments infrastructure is far more advanced than that of the West, and that WeChat and Alipay handle more transactions in a month than PayPal do in a year. Indeed, the two firms “[make] use of data from customers’ transaction histories to build detailed profiles of each one, which they then monetize within their portfolio of apps in ways that would probably make Google or Facebook blush”. 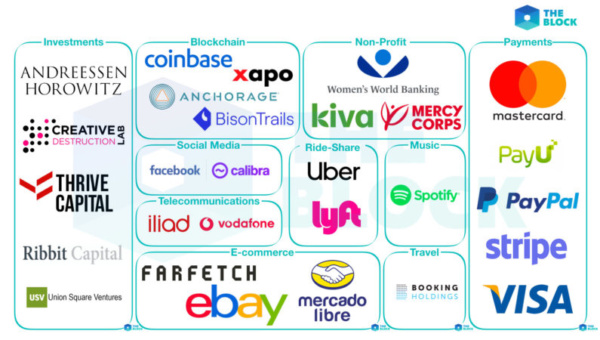 The US perceives China’s leadership in the digital payments sector as a threat and Facebook are only too aware of this. There are no Chinese companies in the Libra Association, and the company have framed Libra as an American alternative to Beijing’s domination. Calibra head David Marcus said in his Senate testimony in July:

I am excited about the potential that Libra holds, and I am proud that Facebook has initiated this effort here in the United States. I believe that if America does not lead innovation in the digital currency and payments area, others will. If we fail to act, we could soon see a digital currency controlled by others whose values are dramatically different.

I believe that Libra can drive positive change for the many people who would benefit from it. I also believe that it can provide an opportunity for leadership consistent with our shared values.

After the harsh lessons of the Arab Spring, the US Government knows it should take Silicon Valley rhetoric about values and empowerment with a pinch of salt. Still, Washington may view Facebook as an American ally against a significant foreign threat, as the Chinese Central Bank speeds up the development of its own digital coin project.

At this early stage, with the significant hurdles and boundaries that Libra faces, there is no certainty that it will take off at all. However, digital payments are not going anywhere, and Libra represents perhaps the greatest possibility of an American company countering Chinese dominance of the global digital payment infrastructure.

This is one of the new types of complex geopolitical battles that are unfolding in the rapidly evolving and institutionally uncharted territory of cyberspace, with Big Data turned into an issue of national security. The real questions raised by Libra and the US-Huawei dispute are not about whether large tech platforms are a part of or in direct conflict with a particular national government. Instead, they are about the specific forms and logics of the relationships that can and do exist between governments and platforms in a digital arena where those platforms hold dominion.

This is no longer state vs. state or state vs. corporation. The reality is a great deal more complicated. 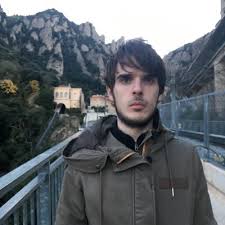 Andrew Dryhurst is a graduate of the University of Birmingham and the Erasmus Mundus Masters Program in Public Policy. He can be reached on Twitter at @AMDryhurst.