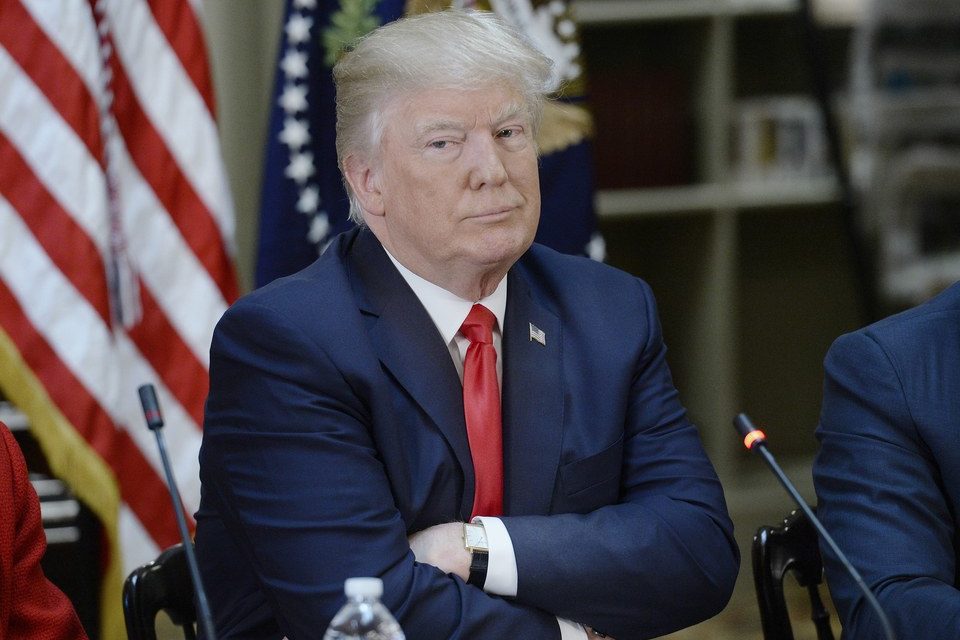 Donald Trump has risked exposure of US intelligence capabilities, tweeting a classified aerial image of an explosion at a launch pad for Iran’s satellites.

Trump posted the photograph on Friday, adding the curious disclaimer that his Administration — which is pursuing “maximum pressure” to break the Iranian economy, and has also carried out cyber-operations — had nothing to do with the incident.

The United States of America was not involved in the catastrophic accident during final launch preparations for the Safir SLV Launch at Semnan Launch Site One in Iran. I wish Iran best wishes and good luck in determining what happened at Site One. pic.twitter.com/z0iDj2L0Y3

An Iranian official had told Reuters on Thursday that a rocket exploded on the launch pad at the Imam Khomeini Space Center ahead of a planned launch, citing “some technical issues” with “our young scientists are working to fix the problem”.

A US official also reported the failure, and satellite images from commercial company Planet Labs showed a black plume of smoke rising from the launch pad in Semnan Province in northern Iran.

Trying to play down the scale of the explosion, Iranian officials showed an undamaged Nahid 1 (Venus 1) satellite to reporters on Saturday. Communications Minister Mohammad Javad Azari-Jahromi posed with the satellite to hit back at Trump.

The apparent failure was the third for Iran’s space program this year.

The US has warned Iran against rocket launches, claiming the technology can be used to develop ballistic missile capability for nuclear warheads.

Trump’s tweet surprised analysts with its revelation of a photographic capability with far greater detail than that from commercial satellites.

The very-high resolution led some to assess that the image may have been taken by a drone rather than a satellite. Such an overflight would risk a violation of Iranian airspace.

In June, Iran’s Revolutionary Guards shot down an unmanned surveillance drone over the Strait of Hormuz, claiming that it was in Iranian airspace. The incident led to Donald Trump ordering, although then quickly retracting, US airstrikes inside Iran.

But one detailed analysis assessed that the image may have been taken by the satellite US 224, flying 382 km (237 miles) above the Imam Khomeini launch site and using a 2.4-meter wide camera — a lens as wide as that of the Hubble telescope.

Trump’s tweet showed a camera flash and a person’s shadow, indicating that a mobile phone was used to snap a picture of the classified image.

Trump’s published schedule for Friday listed an intelligence briefing at 11:30 a.m. Friday. The tweet was posted at 1:44 p.m.

The White House declined to address questions about the tweet and the image.

Trump insisted to reporters, “We had a photo and I released it, which I had the absolute right to do, and we’ll see what happens.”