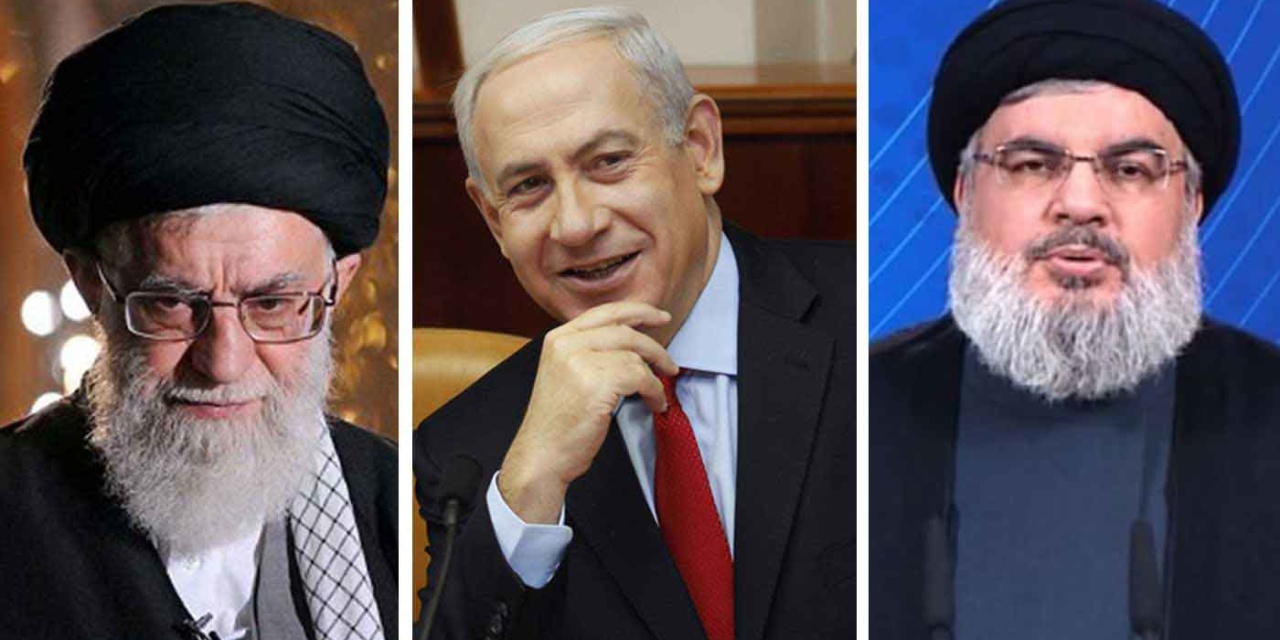 Israel has warned Lebanon that it may carry out further airstrikes, declaring that Iran is escalating efforts to provide Hezbollah with precision-guided missile production facilities.

The Israel Defense Forces published claims about the structure and tactics of the operation.

These 3 Iranian commanders are working on a secret¹ project with Hezbollah to manufacture precision guided missiles to attack Israel.

—
¹not so secret anymore. pic.twitter.com/ZLFsOr9yLz

Netanyahu, who is in the midst of an election campaign, told reporters, “We’re determined to foil this dangerous project. The aim of today’s publication is to show that we will not stand idly by as our enemies equip themselves with deadly weapons.”

Hezbollah said Israel carried out two drone attacks on its facilities in south Beirut early Sunday. One struck a media center while the other landed without detonation of its explosives.

The Israeli newspaper Haaretz reported that the “media center” is in fact a central component of Hezbollah’s missile program. Israeli officials claimed that the strike hit an eight-ton industrial-sized mixer, needed to create propellants to improve the engine performance of missiles and increase their accuracy.

Hezbollah leader Hassan Nasrallah declared on Sunday, “The era when Israeli war jets were able to strike targets in Lebanon while [Israel] is kept safe has ended…Wait for our response which may take place at any time on the borders and beyond the borders.”

Israel has periodically attacked Iranian and Hezbollah positions throughout the 101-month Syrian conflict, claiming that the Revolutionary Guards are trying to move missiles through the country to its Lebanese ally. In the last 18 months, Israel has extended the strikes across the country as Netanyahu demanded a full withdrawal of Iranian and Iranian-backed forces.

And in the past six weeks, Israel has expanded the campaign beyond Syria’s borders, reportedly by carried out a series of missile attacks on the bases of Iranian-supported militia in Iraq.

He bolstered Netanyahu’s warning to Lebanon’s coalition government, in which Hezbollah is a party.

They are the ones who are complicit in endangering Lebanon and Lebanese civilians which Hezbollah and Iran are using as human shields.

On Monday another drone attack was reported on a Palestinian militia base in northern Lebanon. The Lebanese army said on Wednesday that it fired at drones which crossed the border.

Conricus tried to distinguish between Hezbollah’s militia and the Lebanese armed forces in his warning:

We continue to classify Hezbollah as our main enemy and the Lebanese Armed Forces as a potential enemy. If they fire at Israel, tactically speaking,…then that specific force on the ground will be considered an active enemy, but strategically speaking Hezbollah is the enemy.