Why Italy’s Salvini Will Survive His Russia Money Scandal 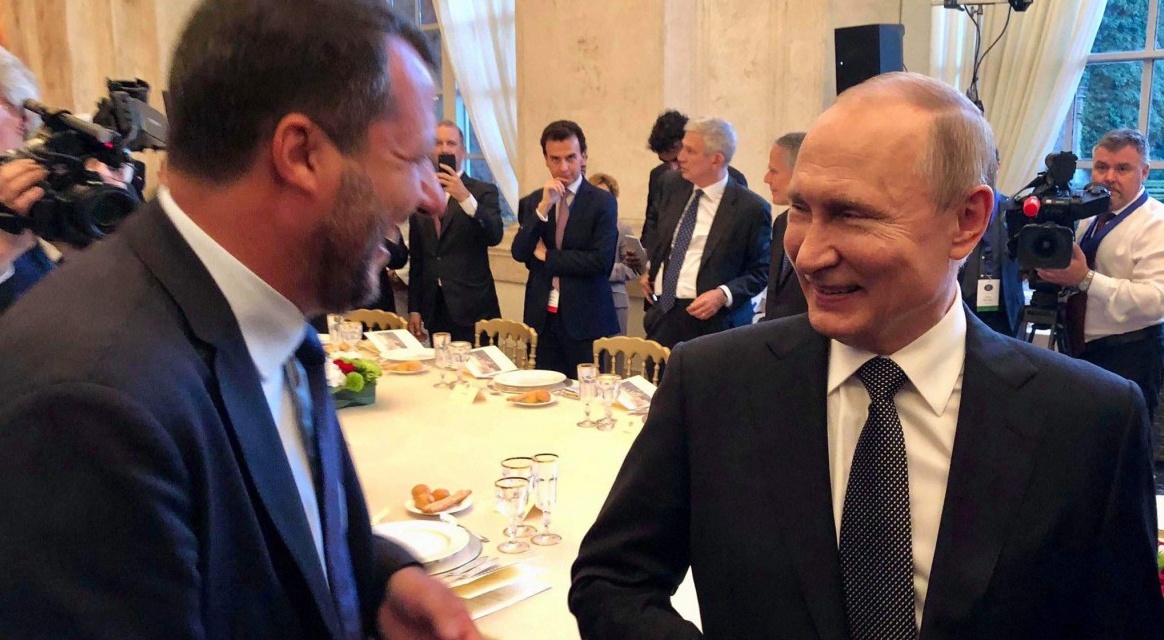 Written by Shane Croucher for Newsweek and featuring Daniele Albertazzi of the University of Birmingham:

Matteo Salvini, Italy’s co-Deputy Prime Minister, Interior Minister and chairman of the far-right Lega (the League) Party, will survive the Russia money scandal that currently engulfs him and stay on course to become Prime Minister within months, according to an expert on the country’s politics.

BuzzFeed News obtained a recording of a meeting between Italians — including a close aide of Salvini’s, his former spokesman Gianluca Savoini — and Russians to discuss a deal that would have sent illicit oil money from Russia to the League for its European elections campaign.

The meeting took place in Moscow in October 2018 at the same time as a visit by Salvini to the Russian capital where he met with President Vladimir Putin. Salvini, whose party is now under investigation, has threatened to sue for libel over the reports, according to The Guardian.

The League’s coalition partners, the populist Five Star Movement, said they would only support a Parliamentary inquiry into the Russia deal — which apparently never came to fruition — if it covered the financing of all parties in Italy.

“Which is a way of saying no,” Dr. Daniele Albertazzi, an expert on Italian politics at the University of Birmingham in the U.K., told Newsweek. “Such an inquiry would take years, and would soon turn into a mess.”

Salvini, a hardline nationalist whose rising popularity comes off the back of his anti-immigration stance, particularly his opposition to allowing any more migrants or refugees crossing the Mediterranean Sea to enter Italy, aspires to the country’s Prime Ministership.

He is unashamedly pro-Russia and pro-Putin, and has sought closer ties between Rome and Moscow. When reports of the Moscow meeting first emerged in L’Espresso in February, Savoini dismissed them as “fake news”. Now, with the BuzzFeed tape, there is hard evidence.

According to a transcript of the recorded meeting, one of the unidentified Russians referred to Salvini as “the European Trump, because he has now become the head of all the ultra-right [in Europe]”. The Russians appeared to be liaising with the Kremlin over the proposed deal.

Salvini’s party currently has momentum in Italian politics. At the European Parliament elections in May, the League topped the polls and won over three million more votes than the center-left Democratic Party in second place. The Five Star Movement came third.

“I do not see this harming Salvini’s popularity,” Albertazzi, who expects the current coalition government to fall in the autumn over the budget or regional independence, told Newsweek:

Italians have other worries, and anyway, a lot of people will buy the line that this is all fake.

In any case, there is no smoking gun — so far — hat any money has in fact been paid, and no, I don’t think he will resign, nor that it will harm his chances of becoming PM, which I think is realistic to expect by spring next year.