TrumpWatch Video Special: This Ain’t Columbo — Mueller’s Suspect Likely to Get Away With The Crime 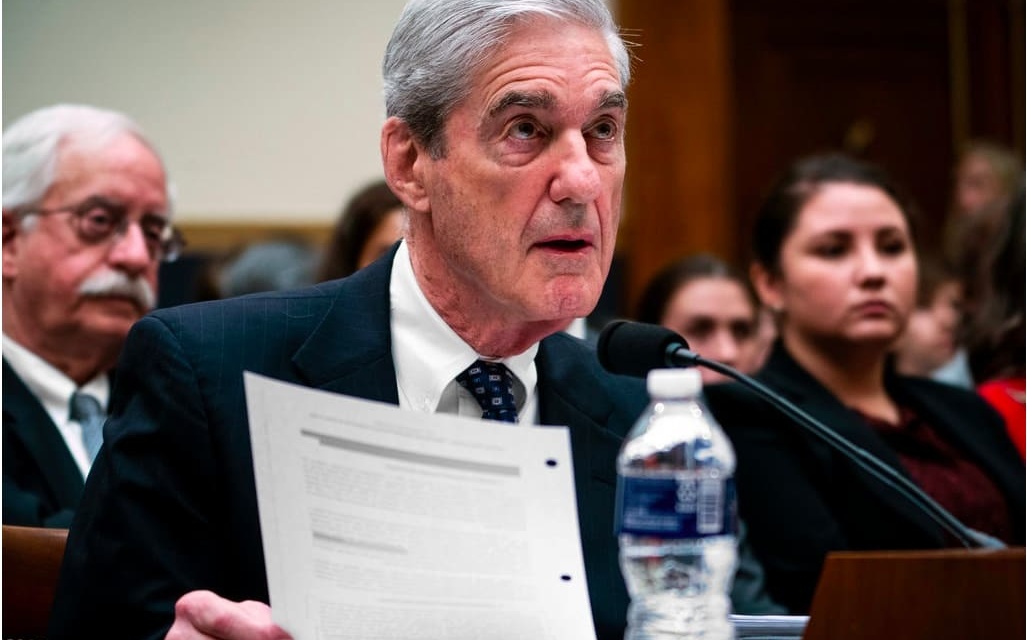 I also spoke with BBC Radio Foyle about the Mueller testimony and its political and legal significance.

The plot of Trump’s possibly criminal activity held up. But if the plot was there, the lead actor didn’t give an Oscar-winning performance.

So Donald Trump quite likely committed crimes, but in terms of public opinion over whether Trump committed those crimes, I don’t the needle has moved that much.

We also discuss the attempts of Republicans, avoiding the issues, to attack the Special Counsel’s reputation: “This wasn’t a smear campaign against Donald Trump. It was an attempt to smear Robert Mueller.”

ORIGINAL ENTRY: A video analysis of the “7-hour TV series based on the book” — Special Counsel Robert Mueller’s testimony to two House committees about his 448-page report on Trump-Russia links and Donald Trump’s obstruction of justice:

It’s a heckuva plot. The prosecutor who has been tracking his suspect for almost two years tells everybody assembled in Washington D.C. that Donald Trump may have committed crimes, that Donald Trump obstructed justice, that he was effectively working with cut-outs for the Russian Government as it interfered in the 2020 election, that he acted in an “unpatriotic” fashion to aid and abet the Russian effort as they tried to get one Donald Trump elected as the 45th President of the United States.

Question is: did anybody watch this series to the end to get its dramatic conclusion?