The 1st 24 Hours of Boris Johnson’s Amusement Over Substance 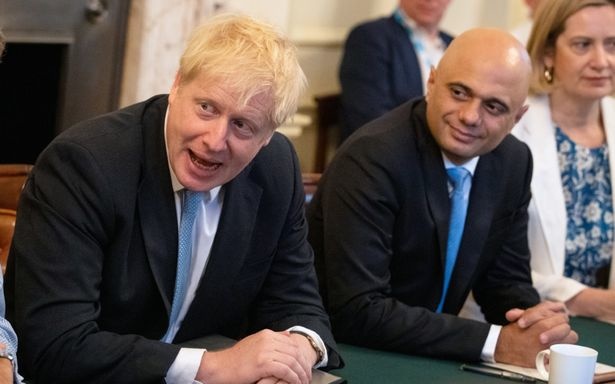 Boris Johnson has only been UK Prime Minister for 24 hours, but more may have been said about his premiership than that of predecessor Theresa May over three years.

Johnson is intent on cutting a more decisive figure than May managed to do, motivated by Herbert Asquith’s famous belief that the position of Prime Minister is “what the incumbent chooses to make of it”. But his circumstances remain the same ones that brought down the last two Prime Ministers.

So what can we learn from the first day of the Johnson era about his prospects?

First, Johnson has clear control of the Conservative Party but not of all the people in it. His supporters point to the “double mandate” that he secured with decisive majority support amongst MPs and party members.

Johnson’s Conservative critics are swimming against the tide of Toryism. The party whose governments took the UK into the European Economic Community, which established the Single Market; who joined the European Rate Mechanis; and who even contemplated using the Euro is now comprehensively in favor of leaving the EU and views the ending of all formal ties with sanguinity. That leaves the small band of pro-European Conservatives like Lord Heseltine with little option but to vote with other parties either in Parliament or at elections.

Second, Johnson has formed a government largely in his own image: a string of full-blooded Brexiteers, ejected from previous administrations or condemned by Parliament for their Johnsonesque breaches of conventions, has been welcomed back into ministerial limousines or advisors’ offices. Foreign Minister Jeremy Hunt, the rival so generously praised by the Prime Minister on Tuesday, has been cast out of his post. The few former Remainers on the team – such as Nicky Morgan – were reminded by Johnson during the leadership campaign of his determination to restore strict collective Cabinet responsibility. With under 100 days to his ‘do or die’ Brexit deadline, Johnson has conducted the purge of backsliders which even Margaret Thatcher and Tony Blair waited a couple of years to execute.

This will strengthen Johnson’s hand in dealing with the EU in that there will be fewer “noises off” from colleagues when the Prime Minister decides upon and presents his proposals. However, the time available and the non-negotiability on both sides of issues such as the status of Northern Ireland and the Single Market make a deal by October 31 almost inconceivable. Leaving without a deal will look increasingly like the default position of the Johnson Government as summer proceeds.

“Enemies Hammering on Their Shields”

Beyond the castle keep of his party and ministers, King Boris must hear the massed ranks of his enemies hammering on their shields. In the Commons, Johnson has a vanishingly tiny majority, obtained only with the potentially costly support of Northern Ireland’s Democratic Unionist Party. On his own benches are 15 or 20 Conservatives who have already voted to block a prorogation of parliament, now joined by embittered former ministers. Labour, though unprecedentedly weak as a potential government, is united in withdrawing all support for the government over Brexit. The Liberal Democrats are emboldened by new leadership and the hope of a Parliamentary by-election win next week, supported by the Greens and Wales’ Plaid Cymru. Increasingly it looks as though the only way Johnson can achieve a No Deal Brexit is with an extraordinary bypass of Parliament.

Third, the opinions of the British public – the absent but ultimate arbiters of all of this – on Johnson are unknown. He won elections in London against the trend, but he was booed by the public in the Remainer capital after the 2016 Brexit referendum and the city favored the Liberal Democrats in May’s European elections. Anecdotal evidence suggests that he is widely admired as a personality, but polls show that Jeremy Hunt would have been preferred by the public as Prime Minister. Particular parts of the UK population – Merseyside, those of Afro-Caribbean heritage, and Muslims for instance – have been the subjects of Johnson’s idiosyncratic views and “colorful language”.

Eight years ago I contributed to a counterfactual history book called Prime Minister Boris and Other Things That Never Happened. The journalist who wrote the title piece treated the prospect as amusing rather than impossible. This sums up the enigma of the Johnson premiership: it is the “What if?” which came true.

Johnson has written about Winston Churchill, with whom comparisons are sometimes made by his supporters. It is true that Churchill was an eccentric, right-wing public-school political outsider who assumed office without an election at a time of national crisis. He even faced early challenges to his government in the Commons.

On the other hand Churchill became Prime Minister because of the support of the Opposition and because he was a strategic leader of sublime insight, courage, and persuasive powers. His talents exactly met the challenge at hand.

We shall soon see how useful the parallel is.