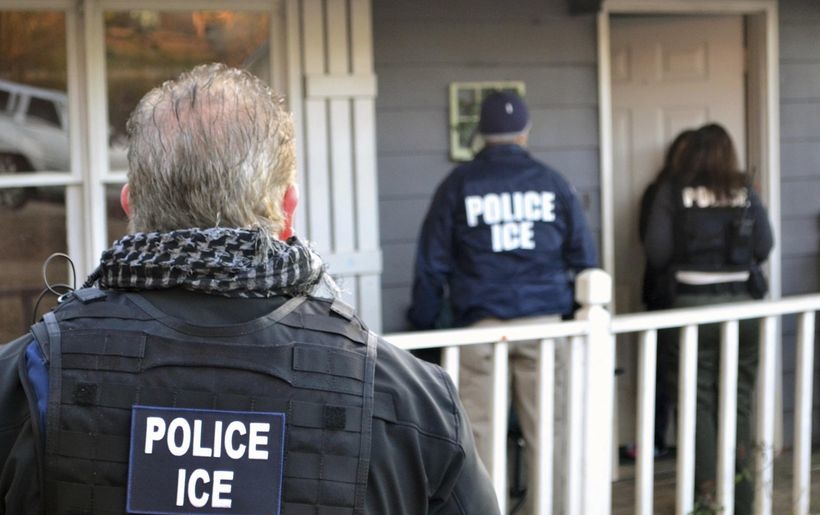 “Two current and one former Homeland Security officials” said the operation is rapidly changing and final details are to be confirmed, but the raids will be conducted by Immigration and Customs Enforcement over multiple days.

They said at least 2,000 immigrants, given notice to leave the US in February, are being sought in 10 cities. The agents will also carry out “collateral” deportations, in which immigrants who happen to be on the scene are detained even though they are not targets.

The officials admitted that the wider goal of the operation is to be a show of force deterring families from entry into the US.

The sources said that, when possible, family members will be held together in detention centers in Texas and Pennsylvania. However, because of space limitations, some may stay in hotel rooms until their deportation travel documents are completed.

The officials played down the scale of “success”, citing apprehensions about arrests of babies and young children and preparations by immigrants, such as refusing to open the door — ICE agents are not legally allowed to forcibly enter a home.

Immigration defense lawyers are likely to file motions to reopen the families’ immigration cases, which would significantly delay, if not stop altogether, their removal from the United States.

Trump said on Twitter in mid-June, with no regard for operational secrecy, “Next week ICE will begin the process of removing the millions of illegal aliens who have illicitly found their way into the United States.”

But officials delayed implementation because of concerns over safety of their personnel and the effect on public opinion of more separations of children from parents. In a tense meeting with White House officials on June 21, two days before the raids were to begin, Acting Director of Homeland Security Kevin McAleenan outlined the issues.

In June 2018, the Trump Administration’s “zero tolerance” policy detained almost 3,000 children, moving them hundreds and even thousands of miles from parents also held in custody.

A court order in late June blocked further seizures and demanded family reunions. However, chaotic implementation, lack of records, and deportations of parents meant some children will not be reunited for up to two years.

But ICE director Mark Morgan, who is now Commissioner of Customs and Border Protection, has continued to press Trump to fulfil his pledge.

Morgan is an ally of Trump’s hardline anti-immigrant advisor Stephen Miller, who has put his preferred officials into position while others — such as Director of Homeland Security Kirstjen Nielsen and the nominatee for ICE Director, Ron Vitiello — have been purged.