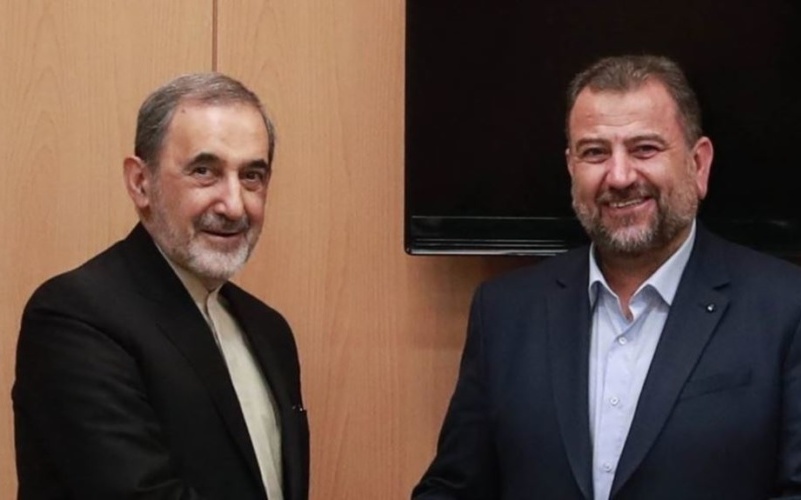 The Supreme Leader’s top aide says Iran’s seizure of a UK-flagged tanker is a “turning point in the history of militant Islam”.

Meeting an official of Palestine’s Hamas on Tuesday, Ali Akbar Velayati said the turning point was also marked by last month’s downing of a US drone, which almost led to American airstrikes inside Iran.

Velayati, a former Foreign Minister, declared that the operations have “revived Islamic values” as “symbols of Iranians and resistance movement’s struggle against the arrogance of Zionism and the United States”.

See Trump, Iran, and the Limits of US Power

Last Friday the Revolutionary Guards boarded the Swedish-owned Stena Impero in the Strait of Hormuz, taking it to the port of Bandar Abbas in southern Iran.

Iranian officials eventually declared that the tanker was intercepted an accident with a fishing boat. However, the Supreme Leader and military commanders had pledged retaliation for the UK’s impoundment of an Iranian supertanker, accused of breaking European Union sanctions by carrying oil to Syria’s Assad regime, off the coast of Gibraltar on July 4.

Iran’s civil defense head Gholamreza Jalali boasted on Tuesday that the detention of the Stena Impero was “an end to the rule of British empire on the seas”.

“Iran Will Secure the Strait of Hormuz”

Iranian Deputy Foreign Minister Abbas Araqchi declared on Tuesday that Iran will secure the Strait of Hormuz, through which 1/6th of the world’s oil passes.

Araqchi made the comment after a meeting with French Foreign Minister Jean-Yves Le Drian in Paris.

Iranian media carefully summarized Le Drian’s response as a call on Iran to take necessary steps to ensure de-escalation in the Persian Gulf, amid the Islamic Republic’s tensions with the US.

“Over the course of history, Iran has been and will continue to be the most principal preserver of security and shipping freedom in the Persian Gulf, Strait of Hormuz, and Sea of Oman.

French President Emmanuel Macron has tried to mediate between the Trump Administration and the Iranian Government, speaking with Rouhani and then with Donald Trump.

Macron sent his top diplomatic advisor Emmanuel Bonne to Tehran for two days of talks, but the process was interrupted by the Iranian seizure of the Stena Impero.

The Revolutionary Guards’ action appeared to shut down the possibility of a European economic link for Iran’s troubled economy, discussed for months without resolution.

Last week, on a diplomatic tour of New York, Foreign Minister Mohammad Javad Zarif suggested renewed talks with the US, with Iran accepting enhanced inspections in return for the permanent lifting of the Trump Administration’s sanctions.

Hours later, Iran announced the detention of the UK tanker.