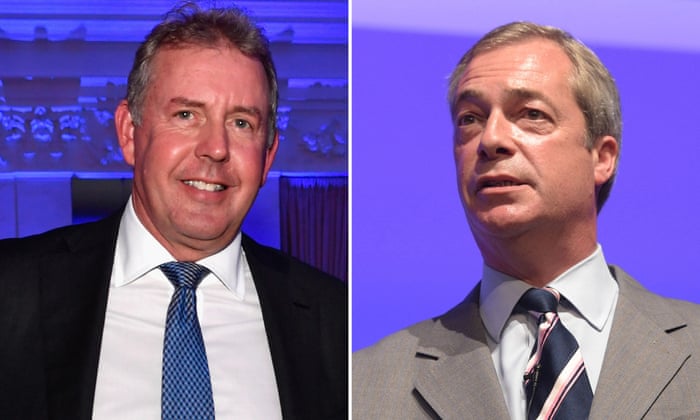 I spoke with Roberto Perrone on BBC Three Counties on Monday afternoon about the political scheming in leak of UK Ambassador Kim Darroch’s analyses of Donald Trump and his Administration.

It’s a sign of disfunction on both sides of the Atlantic, with personality politics and politicians who clearly do not have a grasp of the issues and are “economical with the truth”.

Discussion of the analyses of UK Ambassador to the US Kim Darroch — a dysfunctional Administration, an “inept” Donald Trump unable to take in detailed information and “radiating insecurity” — to the political machinations of who leaked, and who benefits from, the documents.

David Dunn and I discussed the possibilities and significance, for UK politics and the US-UK relationship, with BBC outlets and talkRADIO on Monday.

You get back to who benefits — and who benefits from causing disarray in the US-UK relationship is someone who thinks he/she can step in and “repair” that relationship by being close to Donald Trump, whether that’s a Boris Johnson, a Jeremy Hunt, or a Nigel Farage.

Julia Hartley-Brewer and I also discuss the latest difficulties for UK Labour Party leader Jeremy Corbyn over Brexit and anti-semitism.

The discussion links the row to the “fundamental chasm” in UK politics over Brexit, and of the threat to an independent civil service from the episode.

There is a tension between the diplomats’ “speaking truth to power” and the politicians’ unwillingness to hear that.

Listen to Scott Lucas on BBC Foyle from 25:20