UK Politics as a Game of Thrones Episode 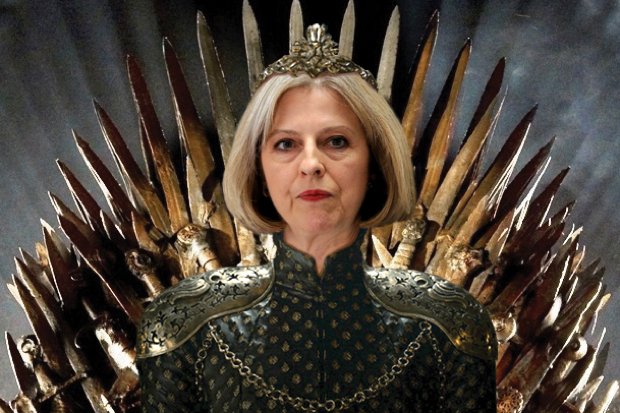 There were many iconic sequences in Game of Thrones since the start of its run in 2011, but few currently have as much political resonance as an episode in the just-concluded final season, “The Bells”.

Queen of the Seven Kingdoms, Cersei Lannister, is surveying her kingdom as it is razed to the ground by her archenemy, Daenerys Targaryen, riding her last remaining dragon. There is a sense of inevitability as those wishing to dethrone Cersei advance on the Red Keep, the final remaining defensive position in the city. A single tear tracks its way down the Queen’s cheek.

David Benioff and D. B. Weiss may not know it, but they had written the ultimate allegory for outgoing UK Prime Minister Theresa May, who announced her departure a few weeks after “The Bells”.

Cersei can see her grip on Westeros diminishing as her enemies encroach and her decisions in office return to haunt her. Even as she hides from her challengers, she knows that her reign is coming to an end.

She is the ancester of May, long criticized but holding out until the week of the European elections in early May. Then even those who had steadfastly supported her leadership turned away as she bunkered down in 10 Downing Street, her ministers diminishing until she finally admitted defeat.

The author of the adapted A Song of Ice and Fire novels, George R. R. Martin, may have drawn inspiration from the Wars of the Roses. But it is the pervasive ruthlessnes in May’s Conservative Party that is a sharper parallel. The slightest hint of compromise is interpreted as weakness and power struggles abound.

Former Tory PM David Cameron, the man responsible for the Brexit referendum, is Robert Baratheon. Both are overconfident, irresponsible leaders who bring about chaos based on lies, from Robert’s Rebellion to the 2016 vote. They leave others to deal with the mess.

Boris Johnson is the Petyr Baelish of the piece. Believing himself to be a leader in waiting, the wannabe Littlefinger has been caught in multiple lies, most notably concerning bendy bananas and an infamous slogan on the side of a bus, as well as engaging in heavily discriminatory language. Yet he is still convinced that he is suitable to be the Prime Minister.

Many of the approximately 100,000 Conservative members that ultimately get to choose our next Prime Minister agree with him according to a recent YouGov poll for The Times, in which he achieved 39% with Dominic Raab as the next most popular candidate on 13%.

In the final episode of Game of Thrones, Samwell Tarly advocated asking the people who should be the next king. His peers laughed at him. Instead, a handful of people got to crown the leader of the entire country without the wider public’s consent. This is the British politics’ echo of that moment.

Ultimately, Littlefinger orchestrated his own downfall and if Johnson becomes the next PM then his Brexit posturing will bring about his. Whether that is before he — in his words — “f**ks business” and plunges the economy into an uncertain future remains to be seen. However, his desire for power at any cost is already overriding pragmatism. Even Littlefinger would never promise that the UK will leave the European Union in October with or without a deal in the absence of a backup plan.

Johnson is not alone in his public support for no deal. The inappropriately named European Research Group, or ERG, also advocate what they brand a “clean Brexit”. A small faction within the Tory Party, their Game of Thrones equivalent is the Faith Militant: a radical fundamentalist group who seized power without any tangible mandate, having cultivated populist support. Their short-sighted conviction rendered them fallible.

The divisive War of the Five Kings provides another appropriate metaphor, with many maintaining tribal loyalties in various forms and the rest simply wanting to go about their business as usual. In “The Bells”, Tyrion informed Varys that most of the Westerosi people do not care who sits on the Iron Throne, but they do want to live free from fear of a fire-breathing dragon.

Although Brits do not have to be concerned about fantasy creatures attacking, Brexit has proved to be an exhausting force that has sucked the life out of British politics. Across the House of Commons, there is a broad consensus on the need for an efficient and effective economy, but an encounter with a dragon is more likely than the implementation of a comprehensive plan to address existing economic and social problems: the increases in food banks, child poverty, and homelessness and a welfare system in chaos.

The Brexit ladder has proved to be rather slippery. Whoever is the next to grasp it may find that the rungs are greased. Instead of embarking on the road to Brexit success, he or she may end in the pit of destroyed political careers alongside David Cameron and Theresa May.

As Littlefinger noted, “Many who try to climb fail and never get to try again.” 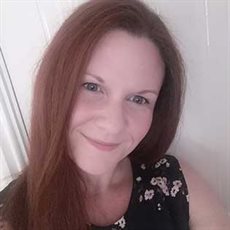