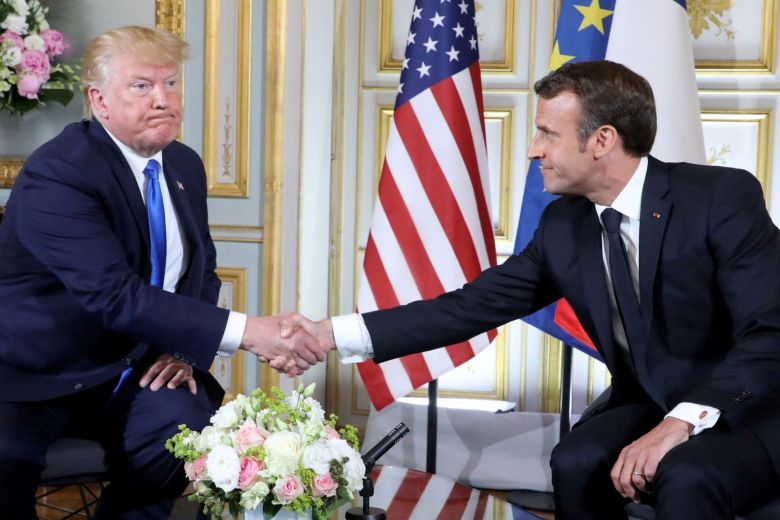 Tipping off its concern over Europe’s position in the US-Iran conflict, Tehran has turned its criticism from Donald Trump to French President Emmanuel Macron.

Iranian officials expressed anger over Macron’s remarks in a meeting with Trump on Thursday, on the sidelines of ceremonies in Normandy for the 75th anniversary of D-Day.

Macron maintained support for the 2015 nuclear deal between Iran and the 5+1 Powers (US, UK, France, Germany, China, and Russia), from which Trump withdrew in May 2018.

But the French President said Paris and Washington both want to curb Iran’s ballistic missile program and contain Iranian activities in the regions. He said the debates — including over comprehensive US sanctions on Iran since November — are only over “technicalities”.

Iranian Foreign Ministry spokesman Abbas Mousavi reacted on Friday, “Under the current circumstances, [France’s] move to raise issues beyond the JCPOA [the nuclear deal] will not only fail to help save the JCPOA, but will also prepare the grounds for further distrust among the parties remaining in the agreement.”

Mousavi declared that European parties to the Joint Comprehensive Plan of Action “have failed to prepare the grounds for Iran to fully benefit from the multilateral agreement”.

Iran has sought economic links with Europe to counter the US sanctions, including on energy and financial sectors, with Tehran’s official oil exports falling almost 60% since April 2018.

In February, after months of negotiations with Tehran, the European Union launched a Special Purpose Vehicle to bypass the sanctions with non-dollar trade in Iranian oil and other commodities and goods.

But Iran rejected the initiative, saying it was too limited and that it imposed “humiliating conditions”. Officials complained that the EU criticized Iranian research and development of ballistic missile, its activities in the Middle East, and its alleged assassination and bomb plots in Europe.

The Supreme Leader said in March that they would be no further talks with the “vicious” Europeans. For a time, the Iranian media referred to ongoing discussions over the Special Purpose Vehicle, but there has been no talk recently of any advance.