Iran Daily: Germany’s Mediation Between Tehran and US? 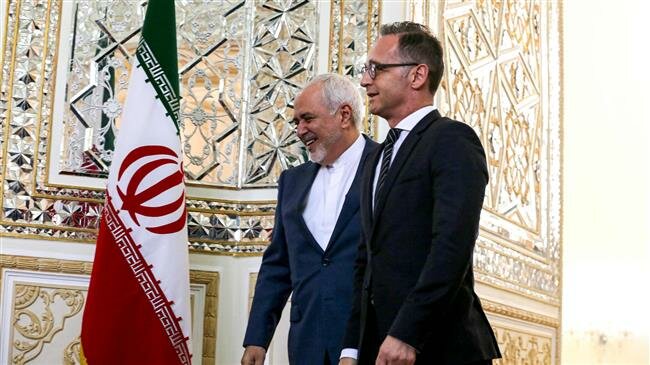 Rather than offering a negotiation with the European Union to secure the 2015 nuclear deal and establish an economic link, Zarif issued a warning to Maas.

Maas attempt at good-willing regional powers into deescalating expectedly falls flat. Attending journos surprised Zarif not his charming persona when he threatens Israel and that "those [who wage economic wars] cannot expect to continue living in safety". https://t.co/T2fkeyDWKk

The German said that, if Iran carries out its intention to quadruple production of low-grade 3.67% uranium from July 7 — quickly breaching the limit set by the nuclear agreement — Germany, France, and the UK will interpret the step as Tehran leaving the Joint Comprehensive Plan of Action.

What the Europeans need to do and what they have done so far have failed to win our satisfaction….The first step which the Europeans took following the US withdrawal was rather late. We said back then that the step, although having created a tiny bit of hope, was overdue.

He dismissed the Special Purpose Vehicle (INSTEX) launched by the European Union in February to allow Iranian sales of oil and other commodities and goods: “We haven’t put much hope in INSTEX. If INSTEX had been going to help us, it would have done so already.”

See also EA on Monocle 24: No War But US Pressure on Iran Continues

UPDATE, 1045 GMT: German Foreign Minister Heiko Maas has taken a cautious line after talks with Iranian officials about the future of the 2015 nuclear deal. Speaking alongside Iranian counterpart Mohammad Javad Zarif, he said:

The position of our three European countries [Germany, France, and the UK, signatories to the deal] is that we support the JCPOA [Joint Comprehensive Plan of Action] and we want to continue our commitments but we can’t pull off miracles.

Iran has so far rejected the mechanism, known as INSTEX, because of “humiliating conditions” (see below).

The German Foreign Minister appealed to Tehran, “Germany still supports the JCPOA and we believe Iran should be able to use its economic advantages. We want Iran’s trade and its economic growth to increase through INSTEX with Europe and it is Iran’s right to enjoy the JCPOA’s financial benefits.”

But Zarif focused on denouncing the Trump Administration and US foreign policy, as well as American allies like Saudi Arabia:

They should first show us that negotiations with the US will have a benefit and then ask for talks….

Who is causing instability in this region? Did we give Saddam Hussain weapons? Did we back Al Qa’eda? Did we imprison the Lebanese Prime Minister?

Is it us who are bombing civilians in Yemen every day? Did we support Daesh [Islamic State and [Jabhat] al-Nusra or were they American weapons that Saudi Arabia gave them?

German Foreign Minister Heiko Maas is in Iran, possibly as a mediator between Tehran and the Trump Administration.

The prospect of military confrontation rose between the US and Iran this spring as the Trump Administration tightened sanctions on the Islamic Republic, including the designation of the Revolutionary Guards as a “foreign terrorist organization” and the end of sanctions waivers for Iran’s biggest oil customers. A carrier strike force, including the USS Abraham Lincoln and bombers, was ordered to move to the Persian Gulf, and more bombers were stationed in Qatar.

The Trump Administration claimed an increased threat from Iranian forces against US troops in the region. Saudi Arabia accused Tehran of an attack on four ships, including two Saudi tankers, off the UAE coast, and of support for a drone strike on a Saudi pumping station by Yemen’s Houthi insurgency.

While both sides have stepped back from military confrontation, the Administration imposed new sanctions on Iran’s petrochemical industry — which earns 32% of Tehran’s non-oil export revenue — last week.

Meanwhile, speculation about indirect US-Iran communication — or at least signals through brokers — has arisen because of contacts with Omani, Japanese, and German leaders.

Before departure for Iran, Maas expressed hope of “constructive ways” to preserve the 2015 nuclear agreement between Iran and the 5+1 Powers (US, UK, Germany, France, China, and Russia), from which Donald Trump withdrew in May.

Zarif pointed to ongoing Iranian criticism of Europe for not giving support against the US comprehensive sanctions imposed last November. He said he wants to know “what exactly the partners have achieved to rescue” the nuclear deal.

The European Union launched a limited Special Purpose Vehicle in February, bypass the sanctions with non-dollar trade in Iranian oil and other commodities and goods. However, Iranian officials rejected the initiative because of “humiliating conditions”, such as Europe’s criticism of the Islamic Republic’s ballistic missile program, Iranian activities in the Middle East, and alleged bomb and assassination plots in Europe.