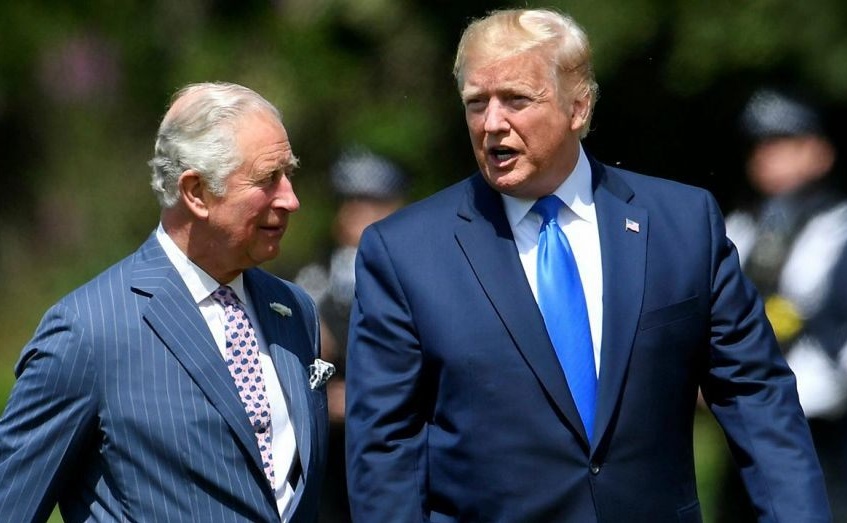 In our weekly 15-minute journey across TrumpLand, I spoke with talkRADIO’s Alexis Conran on Saturday about Donald Trump’s trouble-making stay in the UK and his tariffs bluff with Mexico for his anti-immigrant campaign.

We summarize the legacy of Trump’s photo opportunities with the Royal Family — his intervention in UK domestic politics to influence the selection of the next Prime Minister, and to get a trade deal where US companies can push back British regulations and possibly grab part of the UK’s public services.

The Trump people are courting all of the hard Brexit-ers because 1) they don’t like the European Union and 2) they want the trade deal on their terms….

They’re thinking that in Trump’s second term, “We can open up our business opportunities for themselves.” But to get that, they need a Prime Minister who will work with them.

But if the outcome of The Donald’s far-from-subtle maneuvers is awaited in London, it’s clear closer to home. We discuss Trump’s gambit to whip up a trade conflict with Mexico and, even though he got little in a Friday agreement, proclaim “victory” as he bids for re-election in 2020.