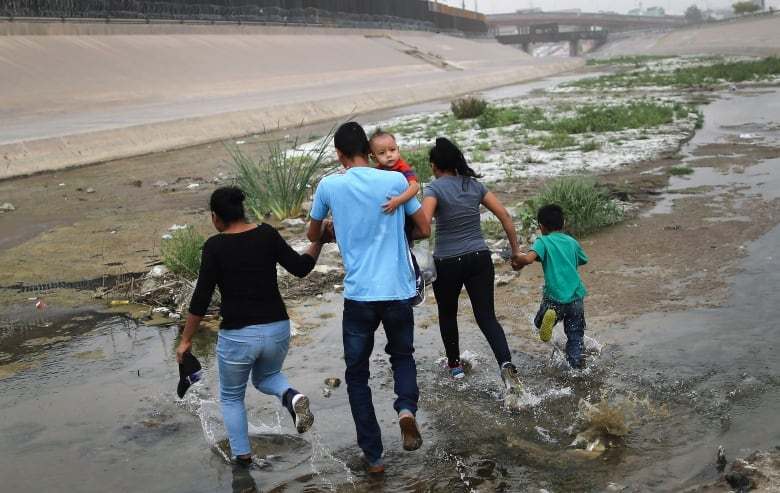 A migrant family cross the border between the US and Mexico at the Rio Grande river near El Paso, Texas, May 20, 2019 (Mario Tama/Getty Images)

I spoke with CNN International’s George Howell on Friday morning about Donald Trump’s tariffs, immigration, and Mexico, the possibility of Trump’s impeachment; and a fellow named Joe Biden.

We begin with the latest on Trump’s attempt to keep all migrants in Mexico by threatening a 5% tariff from Monday, rising eventually to 25% if he is not satisfied with the response.

So the question is whether Donald Trump will accept limited but headline steps by the Mexicans say, “Yes, I Won!”, or whether he says, no, there will have to be more and imposes these tariffs.

Bottom line: military measures won’t be enough: “There will have to be steps to deal with violence and economic issues….Until you deal with that, there will be crisis — but I think Donald Trump wants crisis.”

I review Democratic legislators gradually moving toward impeachment proceedings despite House Speaker Nancy Pelosi’s public line against the step at this point.

We wrap up with some electoral politics, asking if Joe Biden has stumbled in his run for the Democratic nomination with his changing position on abortion.