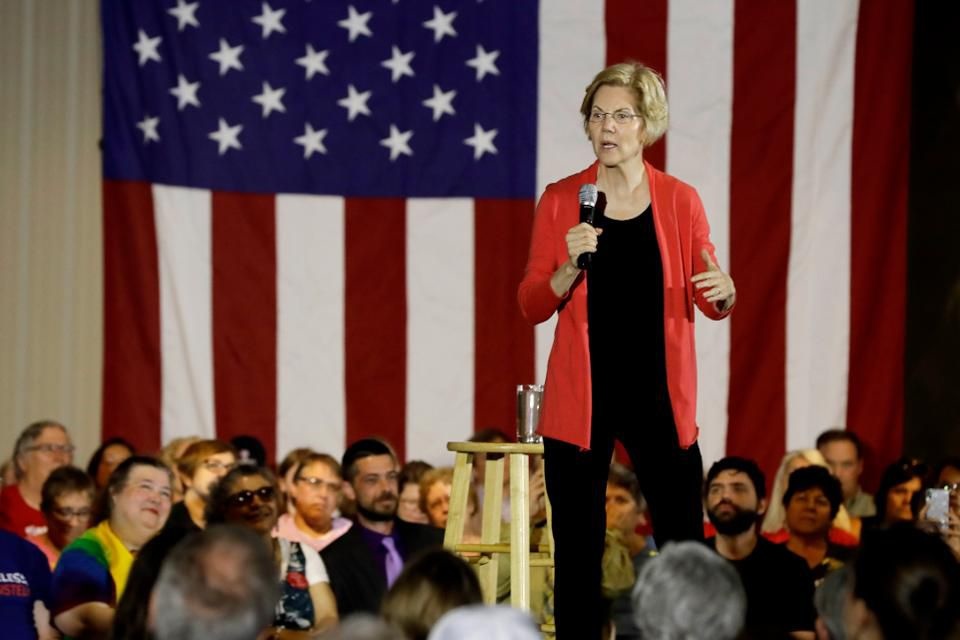 I joined CNN International’s George Howell on Sunday morning to consider US politics from Democrats’ Presidential hopefuls in Iowa to the latest anti-immigrant gambit of Donald Trump for re-election.

We begin with one of the first major polls for next January’s Iowa caucuses, the initial contest for the Democratic nomination. Former Vice President Joe Biden is in the lead, but his margin is diminishing since his campaign launch in late April. Bernie Sanders, Elizabeth Warren, Pete Buttigieg, and Kamala Harris all make notable showing, with the rest of the 23 candidates trailing.

This is still early skirmishing. As people learn more about candidate beyond Biden’s and Sanders’ name recognition, they may switch. And some of the luster has worn off Biden since the announcement that he is running.

We segue from that into Democrats’ consideration of an impeachment process against Donald Trump: “It turns upon hearings and whether the White House continues to block them.”

Then it’s a sharp dissection of Donald Trump’s tariff bluff with Mexico, hoping to push his anti-immigrant theme for the 2020 campaign.

This was either a fit of temper by Donald Trump or, more likely, a PR stunt for the anti-immigration theme. The problem for Trump is that he’s been called out: what if the Mexicans throw it back and say, “You’re the one who’s weak”?