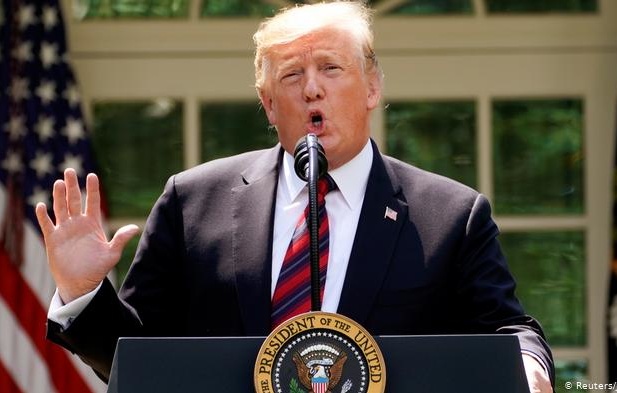 In his latest message on immigration for re-election in 2020, Donald Trump has announced a proposal which will restrict immigrants from being joined by family members, in favor of admitting “skilled” people.

But the effort, led by Trump’s son-in-law Jared Kushner, appears to have no substance beyond electoral tactics. It immediately aroused opposition — including from hardline anti-immigration activists — and the White House has no plan for getting it through Congress, including the Democratic-controlled House of Representatives.

Trump has been assailed for his “Zero Tolerance” anti-immigration policy, including the separation of children from parents, and his pursuit of his Wall with Mexico to the point of declaring a national emergency. The Administration, through hardline advisor Stephen Miller, is also trying to reduce the number of legal immigrants in the US by deporting those who have recently received public assistance.

So Trump appeared in the White House Rose Garden on Thursday to claim a positive message:

We are proposing an immigration plan that puts the jobs, wages and safety of American workers first. Our proposal is pro-American, pro-immigrant and pro-worker. It’s just common sense.

House Speaker Nancy Pelosi said the proposal is a “dead-on-arrival plan that is not a remotely serious proposal”. Sen. Richard Blumenthal tweeted:

Trump’s nativist proposal is a mockery of what America means. These draconian guidelines are a message to people just like my father: you are not welcome here. It is a despicable abdication of moral authority by the President of the United States.

And Trump’s advisers undercut the “positive” message by letting hardline anti-immigration outlets know that they are considering the use of the Insurrection Act, an arcane law that allows the President to use the military to combat lawlessness or rebellion, to remove undocumented immigrants,

That was not enough to appease hardliners such as Ann Coulter, who thundered, “NO WALL. KEEPS SAME MASSIVE LEVELS OF LEGAL IMMIGRATION. And this is the rube-bait campaign document, not even a serious bill.”

The White House proposal does not change the number of green cards allocated each year. Instead, applicants gain points through criteria such as age, ability to speak English, job offers, and educational background under a “Build America” visa.

The proposal does not address the estimated 11 million undocumented immigrants without legal status and visas for temporary, low-skilled workers. Nor does it consider almost 800,000 “Dreamers”, who came to the US as children with undocumented parents.

Trump has threatened to deport the Dreamers unless he gets his way on The Wall and other immigration measures.

On Wednesday, Kushner presented the proposal to Administration supporters as a “starting point”, saying there were no illusions about getting it through Congress.

Trump arrived midway during the meeting and spoke for more than an hour; however, he was most interested in his trade war with China and complained about Special Counsel Robert Mueller and the Trump-Russia investigation.

House Minority Leader Kevin McCarthy said the proposal was “a base…something we can work from.” But Senate Majority Leader Mitch McConnell was noncommittal:

“I look forward to reviewing the president’s proposal.”