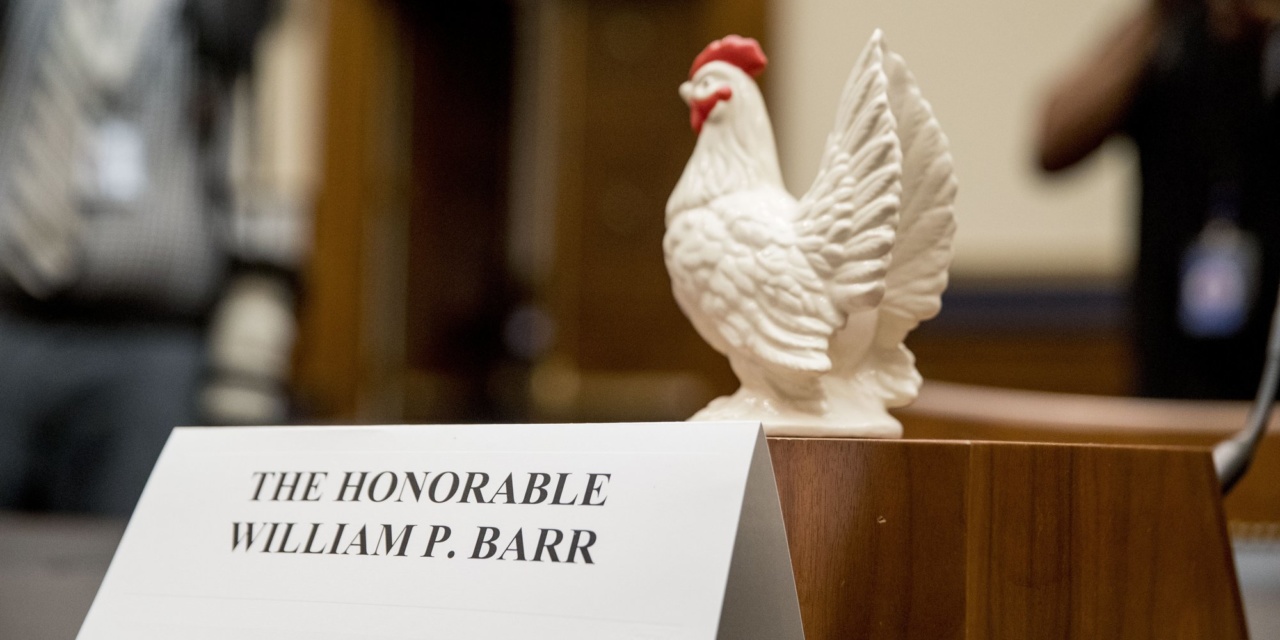 Attorney General William Barr is facing a contempt charge and accusations of lying to Congress, over his attempt to protect Donald Trump from the Mueller Report’s description of the Trump campaign’s “numerous contacts” with Russian officials and Trump’s obstruction or attempted obstruction of justice.

On Wednesday, Barr appeared for six hours before the GOP-controlled Senate Judiciary Committee. But he sometimes struggled over his representation of a letter sent to him by Special Counsel Robert Mueller, expressing concern over Barr’s March 24 representation of the 448-page report given to him two days earlier.

Mueller said the Attorney General’s claims “did not fully capture the context, nature, and substance of this office’s work and conclusions”. But Barr told a Congressional committee on April 9 — 12 days after the letter — that he knew of no concerns among Mueller’s team about his handling of the report.

On Wednesday, the Attorney General tried to push aside Mueller’s complaint by misrepresenting it as being about “media coverage”, rather than Mueller’s concern over “public confusion about critical aspects of the results of our investigation”. He undercut the Special Counsel by criticizing his handling of the report’s submission, and he obfuscated over the April 9 statement to the point where Democratic Sen. Sheldon Whitehouse threw up his hands in exasperation over “hair-splitting”.

Other Democratic legislators, including the Judiciary Committee’s Kamala Harris, called for Barr’s resignation.

Attorney General Barr has weakened our standing in the world. He's undermined our democracy. He must resign. pic.twitter.com/8uYNEKWFBj

The Attorney General doubled down on his confrontation on Thursday, refusing to appear before the House Judiciary Committee after missing a deadline to give legislators unredacted copies of the Mueller Report.

Barr had said that he would not answer questions by Committee lawyers as well as members, and his chair was empty as chair Rep. Jerrold Nadler called the session to order.

Expecting the Attorney General’s rejection, Rep. Steve Cohen set up before the session with a bucket of Kentucky Fried Chicken. To drive home the point, a plastic chicken was set in front of Barr’s empty chair.

“An attorney general who’s picked for his legal acumen and his abilities would not be fearful of attorneys questioning him for 30 minutes,” said Cohen.

Far more serious was Nadler’s post-session statement pointing to a subpoena of Barr and a contempt charge for non-compliance: “We will have no choice but to move quickly to hold the attorney general in contempt if he stalls or fails to negotiate in good faith.”

The chair widened his scope as he spoke about weeks of White House efforts to withhold the unredacted report and to keep witnesses from testifiying:

The President of the United States wants desperately to prevent Congress from providing any check whatsoever on even his most reckless decisions. The challenge we face is that if we don’t stand up to him together, today, we risk not being able to stand up to any president in the future.”

The Trump camp has carries out a series of blocking attempts in recent days. Concerned about any statements by former White House Counsel Donald McGahn — a central figure in Trump’s attempt to fire Mueller and then to deny that the episode occurred — they have asked him not to comply with a subpoena. Trump’s lawyers are fighting a subpoena of his accountants over financial statements, and the Treasury is refusing a House Committee demand for Trump’s tax records.

In a private meeting with her leadership team, Pelosi called Barr a “lap dog” for Trump and an “enabler” of obstruction of justice.

But for now she maintained that it is not time for impeachment of Trump: “[It] is too good for him.”