Syria Daily: Russia-Regime Step Up Bombing of Civilians in Northwest 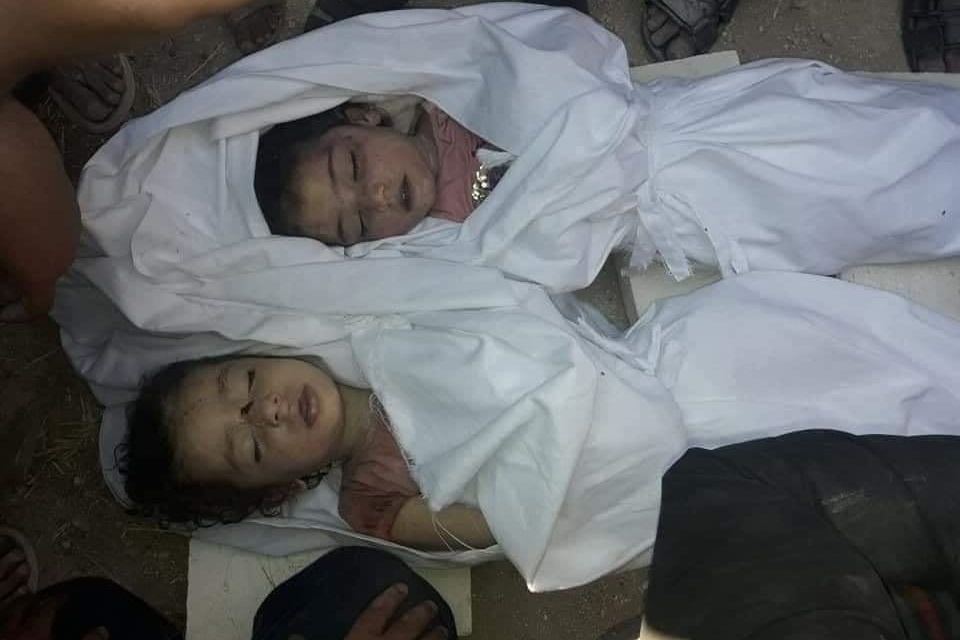 Russia and the Assad regime stepped up bombardment of civilian areas across opposition-held northwest Syria on Monday, killing at least 18 people.

In the town of Ariha in southeast Idlib Province, 11 civilians — six of them children and four women — were killed. Another 20 were hut and several uninjured were rescued from rubble.

"You came into the world together and now you leave it together." With these heartbroken words this father said goodbye to his twin daughters and their brother today, all three of them murdered in Regime attacks in #Ariha city. 11 civilians were killed. and 20 others injured. pic.twitter.com/J8vnS0eH4S

The Assad regime has bombarded the northwest for months, despite a September demilitarized zone declared by Russia and Turkey. The Russians joined in with occasional airstrikes.

On May 6, Russia and the regime launched an offensive to regain part of the territory, seizing several towns in northwest Hama Province. There was a brief respite in the aerial attacks last weekend. But after a rebel counter-attack in northwest Hama, and the regime’s failure to capture a key mountaintop town in neighboring Latakia Province, the bombing escalated last weekend.

Similar tactics — accompanied by sieges — were used to break resistance in east Aleppo city in 2016, and in areas near Damascus between summer 2016 and spring 2018.

At least 247 civilians have been killed since April 228. Another 727 have been wounded and more than 300,000 displaced. There have been 20 attacks on healthcare facilities, putting 19 out of action.