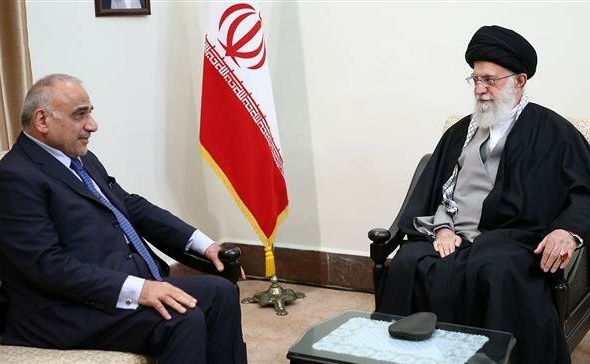 Iran’s non-oil exports to neighboring Iraq have fallen 45%, despite a declaration by the Iraqi Prime Minister that US sanctions on Tehran will have no effect on trade.

Iran’s customs authority reported that non-oil exports to Iraq were $389 million between March 21 and April 20, compared to $722 million in the previous 30 days.

A report in a leading economic daily says part of the decrease is from general bans on a range of products, and part from targeted bans.

The report did not specify which products are banned, or whether the fall is due to expanding US sanctions.

Iraq has previously stopped Iranian cement imports, and there may be difficulty in payments because of the American restrictions.

Seeking influence with Baghdad and concerned about protests over the Government’s fallure to deliver essential services, Washington exempted Iraq from November’s comprehensive sanctions on Iran’s energy and financial sectors. The waiver allowed Baghdad to continue import of oil and gas for the provision of electricity.

Between March 2018 and March 2019, Iran exported almost $9 billion of products to Iraq, 37% higher than the previous year.

The March-April figure reduces Iran’s non-oil exports to $4.67 billion on an annual basis.

The two countries had set a target of $20 billion in annual trade.

Iraq is the second largest market, behind China, for Iranian exports. Almost 25% of Iran’s exports go to its neighbor, including $3 billion in electricity and natural gas from March 2018 to March 2019.

Iran’s State media ignores the export fall. Instead, IRNA headlines a Thursday statement from Iraqi Prime Minister Adel Abdul Mahdi that Baghdad “will never be part of the US anti-Iran sanctions”.

The outlet claims Mahdi told the ambassadors of Germany, Britain, and France, “Iraq favors good relations with all its neighbors and Arab, region and international states, including the US and Iran.”

But on Tuesday, the Prime Minister said that Iraq is close to signing a $53 billion, 30-year energy agreement with Exxon Mobil and PetroChina.

He denied any link between the agreement and negotiations with Washington over US sanctions on Iran.

The project develops the Nahr Bin Umar and Artawi oilfields in southern Iraq, quadrupling production from 125,000 barrels per day to 500,000 bpd. Iraq expects to make $400 billion over the 30 years, Mahdi said.