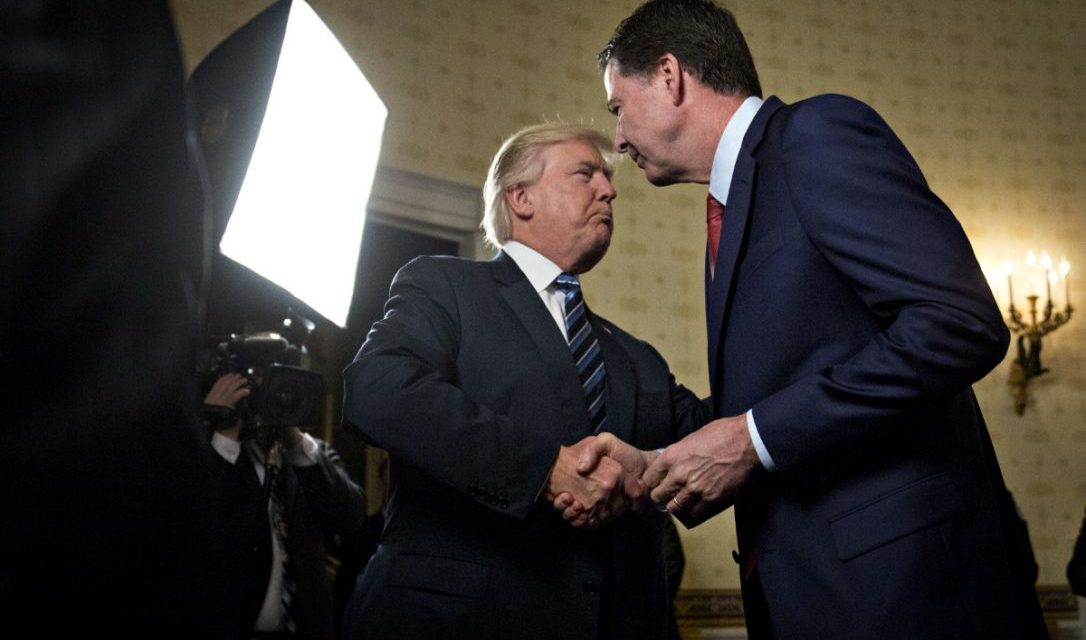 Continuing his effort to bury the Mueller Report on Trump-Russia links, Donald Trump declares that there was an attempted “coup” to remove him from power.

The pretext for Trump’s comments were private text messages exchanged between FBI agents Peter Strzok and Lisa Page in summer 2016. A Fox report earlier Thursday claimed that the two were seeking officials inside the Trump Administration who they could “develop for potential relationships”, although it added the caveat: “[It] was not clear from the messages whether Strzok and Page merely sought to build bridges with the incoming administration, or wanted to engineer the briefings to investigate Trump and his associates.”

Strzok and Page, who are no longer with the FBI, have already maintained that their personal messages — the two were having an affair — had no bearing on their professional conduct. But Trump and his supporters have insisted that Strzok’s text, “We will stop him”, referred not just to a general sentiment againt Trump’s election but to a deep state plot.

Sheltered and fed by Hannity’s “interview”, Trump stepped up his rhetoric, labelling Page and Strzok “dirty cops” and “sick people” and insisting:

Trump did not further explain his apparent sentiment that the investigation of the Watergate break-in and cover-up, which led to criminal convictions for several of President Richard Nixon’s advisors and Nixon’s resignation, was also a “coup”.

Instead, he tried to construct a high-level conspiracy, referring to FBI Director James Comey and his deputy Andrew McCabe, fired and forced out by Trump in his ongoing effort to curb and undermine the Trump-Russia investigation; former CIA Director John Brennan; and former Director of National Inteligence James Clapper.

Let’s see what happens with McCabe and Comey and Brennan and Clapper. Let’s see how high it goes up.”

Trump’s declaration of “Total Exoneration” last Thursday — as the White House tried to spin the Mueller Report just before its release — has been replaced by anger as the findings have been considered and disseminated. His approval has given way to insults of Special Counsel Robert Mueller and his team and their “total bullshit” conclusions.

Facing “major hearings” by House committees led by Democrats over both Trump-Russia and Trump’s financial and tax affairs, the White House is trying to block provisionv of documents and testimony by former officials such as Counsel Donald McGahn.

Trump said Wednesday: “We’re fighting all the subpoenas. These aren’t, like, impartial people. The Democrats are trying to win 2020.”

Trump’s statements yesterday may be the signal for a high-profile counter-attack, as Attorney General William Barr — who tried to cover Trump with spin reframing and minimizing the Mueller Report before its release — testifies before a Senate committee.

Last month, before he received the findings of Special Counsel Robert Mueller, Barr used testimony to back Trump’s line that FBI’s surveillance of Russian operations — leading to Moscow’s contacts with Trump’s staff — may constitute “spying” on the campaign.

Trump flagged up to Hannity one aspect of that attack, saying he will declassify the FBI’s request for a warrant from the top-secret FISA court to surveil Trump campaign advisor Carter Page.

Page was monitored by the FBI since 2013 on suspicion that Moscow was cultivating him as an agent. The warrant, granted by the court in October, followed a trip by Page to the Russian capital in July.

Trump and Fox also pressed Trump’s diversion that the “real collusion” was between Democrats, including 2016 nominee Hillary Clinton, and foreign actors. Trump proclaimed Fox’s “incredible” and “big” new revelations that Ukrainian actors helped Clinton’s campaign with information about Trump campaign chairman Paul Manafort — sentenced this year to a total of 7 1/2 years for financial crimes, including over his consultancy working with pro-Russian Ukrainian politicians and businessmen.