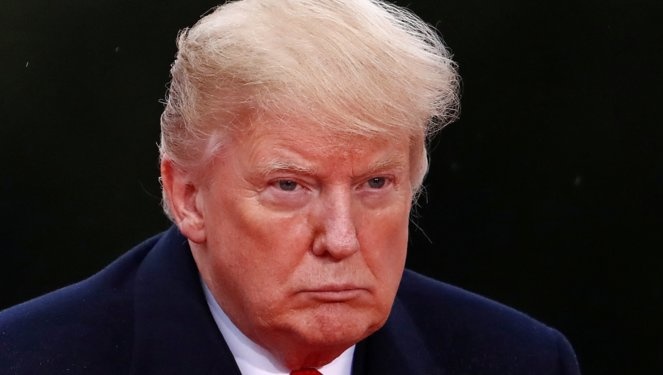 Trying to block scrutiny of possible illegality in Donald Trump’s financial and business affairs, Trump’s personal lawyer tells the Treasury not to hand over tax returns to the House Ways and Means Committee.

Earlier this week, Committee chairman Richard Neal asked the Internal Revenue Service for Trump’s personal and business returns from 2013 to 2018, setting a deadline of April 10.

The request followed testimony by Trump’s long-time lawyer and fixer Michael Cohen that his former boss inflated and deflated his wealth to limit taxes and insurance premiums, possibly committing fraud. The Washington Post, using material from Cohen, published an examination of Trump’s “Statements of Financial Condition” that found, “The documents were deeply flawed. Some simply omitted properties that carried big debts. Some assets were overvalued. And some key numbers were wrong.”

On Friday, Trump’s lawyer William Consovoy asserted his client’s right as a citizen to keep his tax returns private, insisting there were no legitimate legislative reasons for the handover.

Consovoy called Neal’s request a “gross abuse of power”: “His request is a transparent effort by one political party to harass an official from the other party because they dislike his politics and speech.”

But the lawyer’s intervention do not directly bear on the case. The tax provision used by the Committee says that the Internal Revenue Service “shall furnish” the information, giving the Treasury Department little authority on how to respond.

Instead, it points to Trump’s ongoing “red line” against any examination of his finances, both with respect to Congress and to the Trump-Russia investigation of Special Counsel Robert Mueller.

Trump has refused as a candidate and then in the White House to release the returns, breaking a practice observed by every President since Richard Nixon. Trump has given the excuse that he is being audited, even though experts say an audit does not prevent release.

On Friday, Trump indicated he would not comply with the House Committee’s request: “Hey, I’m under audit….From what I understand, the law is 100 percent on my side.”

The Ways and Means committee is also seeking the records of entities such as the Donald J. Trump Revocable Trust, an umbrella firm that controls more than 100 other businesses, including his Mar-a-Lago resort in Florida and Trump’s homes, hotels, golf clubs, and properties in Scotland.

A New York Times investigation established last autumn that Trump benefited from dubious schemes for tax avoidance and deception after receiving at least $413 million, in today’s economy, from his father’s real estate holdings.

Treasury Secretary Steven Mnuchin told Congress last month that he will consult with his legal team and follow the law when a request for records is made. He may be questioned next week when he appears before a Congressional committee next week to discuss Treasury’s budget.