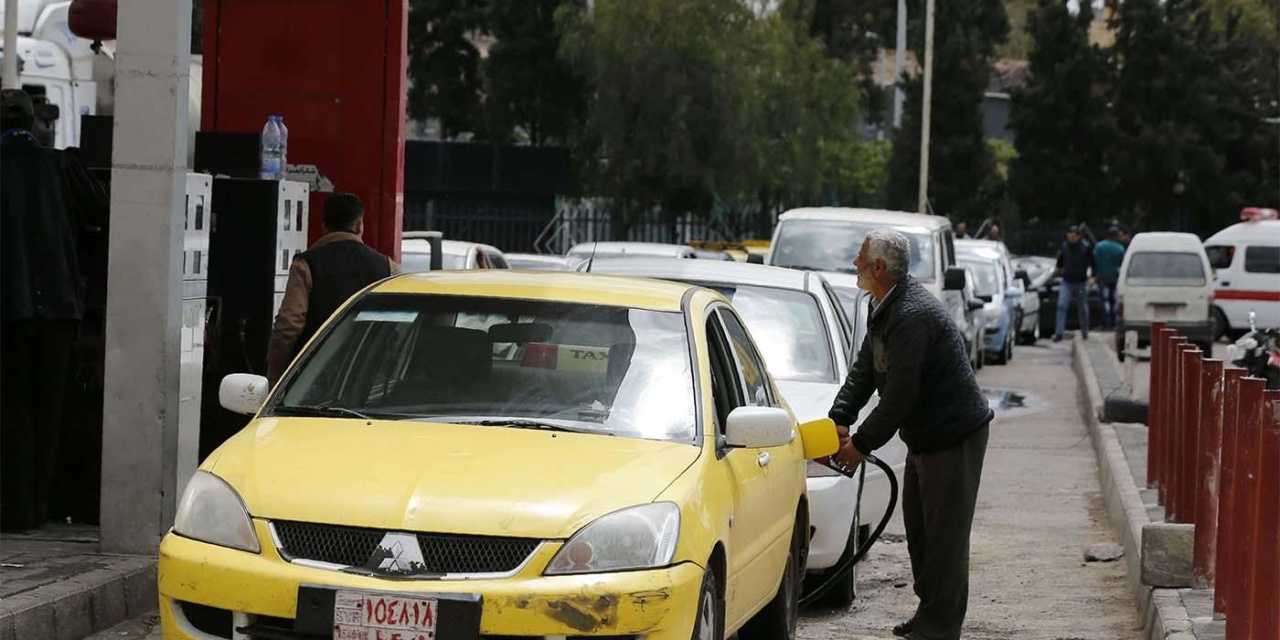 The oil crisis in Assad regime areas of Syria is worsening, as residents face a second month of serious petrol shortages.

Transport has been almost halted in the capital Damascus and other cities with people waiting hours to get a ration of petrol, if it is available. Public transport, which is run by private companies, as well as individual motorists is affected.

The crisis was sparked in October when Iran, the essential supplier to the regime, suspended a line of credit which has provided billions of dollars in oil and other goods. The cutoff came three weeks before the US imposed comprehensive sanctions on Tehran after withdrawing from the 2015 nuclear agreement between the Islamic Republic and the 5+1 Powers (US, UK, France, China, Russia, and Germany).

Shipping monitors say no tanker has reached a Syrian port since January. The regime has claimed that Egypt blocked the passage of a tanker through the Suez Canal, but Cairo’s Sisi Government denies the allegation.

Local sources, such as an academic at a Damascus university, tell EA that they are unable to go to work.

He’ll call my wife and ask her to bring a thermos of tea. He tells her: “My throat is drying out from the hours of sitting here waiting for my turn.”

Regime officials in Suwayda, Homs, and elsewhere are also complaining of acute shortages.

Al-Watan did not identify those “measures”, but the regime has been trying to survive with supplies from Kurdish areas, despite pledging to regain authority through talks or — if necessary — military action.

Kurdish groups control Syria’s main oil and gas fields in the 27% of Syria which they hold, mainly in the northeast.

But pro-regime accounts are reporting protests in Kurdish territory against the sale of oil to Damascus, and attacks on deliveries.

Trucks carrying oil from #SDF areas to government-held territory were intercepted and set on fire by unknown attackers in Bokrus village in eastern #DeirEzzor.

Residents and tribal chiefs in the Kurdish-held Deir ez-Zor Province confirm the claim. They said protesters have burned tires along a major highway used by oil trucks.

“Where is our oil? We won’t accept after today to transport our wealth outside our areas,” read a banner held by demonstrators in the village of al-Shanan.

They said convoys had been turned back by demonstrators as they tried to move supplies from the al-Omar oilfield, the largest held by the US-backed, Kurdish-led Syrian Democratic Forces.

Meanwhile, residents endure disruption and loss of livelihoods, on top of a 75% fall in GDP and eight years of damage from the conflict.

In Aleppo, one man was said to have died of a heart attack after waiting in line for hours at a gas station, only to have his payment rejected.

“You can’t imagine how long the queues are at the gas stations,” said a Damascus resident. “There is a true crisis.”

Following shortages of gas canisters, necessary for heating and cooking, as well as petrol, the regime have instituted a system of “smartcards”. Buyers have to present the cards, similar to a bank debit card, each time they purchase petrol or gas. Private cars are allowed 20 liters each five days, motorcycles three liters in five days, and public taxi cars 20 liters every 48 hours.

There is a silver lining for the regime: it can put pressure on those on its “wanted” list, such as for failure to report for military service. They are denied cards and thus the possibility of purchasing essential fuel.

But its citizens in Damascus see no benefit.

“Hassan” says, “We won’t be relieved of this as long as there are corrupt and unjust people in charge of us.”