The Scourge of Plastics Pollution: How Each of Us Can Make A Difference 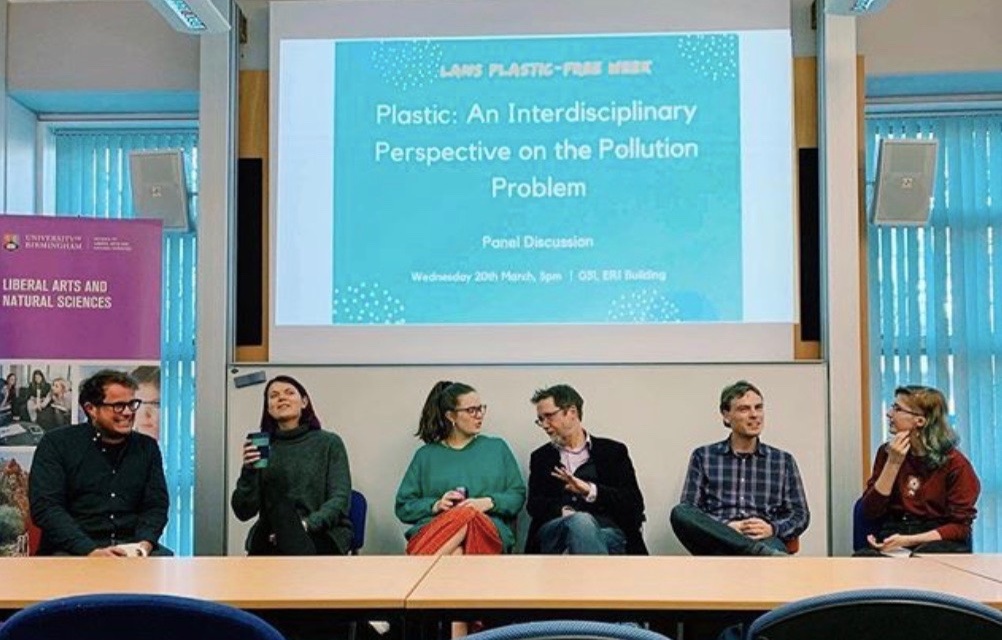 “Breaking the problem of climate change and plastics pollution into manageable steps, shared online, shifts the perspective from the abstract and the unmanageable to step-by-step changes and individual responsibility.”

Editor’s Note: I was privileged recently to join a panel on Plastic Pollution, organized by University of Birmingham students in Liberal Arts and Natural Sciences.

The discussions, including Birmingham academics and representatives of Selly Oak Litter Pickers and Extinction Rebellion, discussed political, economic, technological, and ethical issues and what each of us can do in the fight over single-use plastics.

In climate discussions, the production and disposal of waste is an increasingly important topic. One dimension is a shift towards individuals taking matters into their own hands. Social media now has a #trashtag challenge, in which posters share before-and-after photos of themselves in an area which they have cleaned up.

Some have claimed that such challenges are frivolous fads with limited, if any, effect in the battle against climate change. To suggest that using a reusable water bottle instead of a single-use container is going to save the world is deluded and false, they snipe.

This misses the point. Environmental issues are best understood, as ethicist Wouter Peters has observed, in terms of collective action. Of course, significant policy change and legislation are needed if we are to stay below the threshold of a 2-degree Celsius increase of irreversible climate change before 2030. Individuals cannot single-handedly put these measures in place. But collection response, from communities to Governments, builds upon the action of individual members.

With a reusable water bottle, you are making a political choice. You are doing your small part towards waste reduction, and you are likely having an effect on others, prompting them to question their own habits. You are sending a message to businesses that demand for these products is decreasing. As doctoral student Robyn Wright — a member of our panel, researching the implications of microplastics — noted, to overlook the role of the individual in the solution is to overlook the political power that each of us has.

“What about class and poverty?”, asked a student in the audience. Currently, environmentally sustainable products are expensive and inaccessible to a large number of people. But, as Scott Lucas responded, there is value in working at the margins. If you can convince the people who currently have the means but lack either the awareness or initiative to make changes, the resulting shift in demand will push business towards more affordable reusable products. This shift will allow environmentally sustainable behavioor to be adopted by a much larger group of people.

Social media is a powerful tool, be that for good or for ill. To dismiss campaigns such as #trashtag is to overlook their influence on the individual. As Lucas summarized up, if you post a YouTube video which only gets 50 views, that is still 50 people who would never have seen it without your action.

Breaking the problem of climate change and plastics pollution into manageable steps, shared online, shifts the perspective from the abstract and the unmanageable to step-by-step changes and individual responsibility. And that will build into the collective which is necessary to confront this historic challenge.