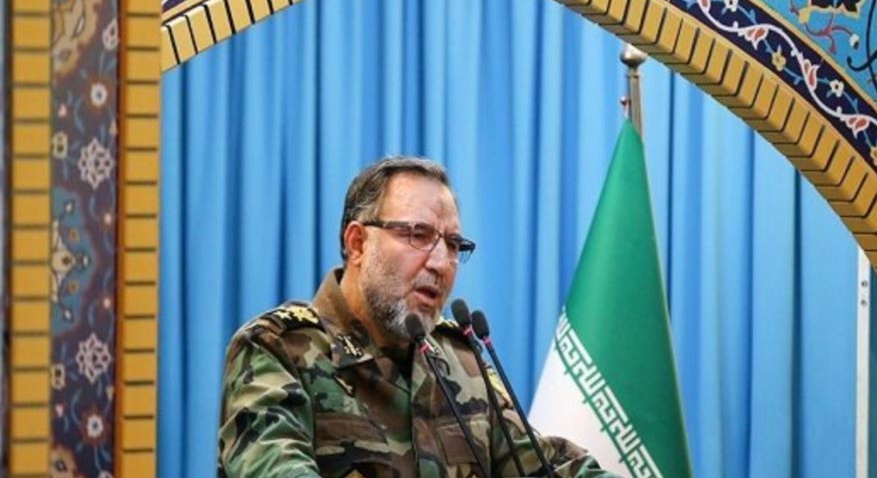 Iran’s Revolutionary Guards have threatened US forces “around the world” after the Trump Administration designated the Guards as a “foreign terrorist organization”.

General Kioumars Heydari (pictured), the commander of Iran’s ground troops, issued the latest warning following this week’s sanctions by Washington: “They have put in danger the security of their own forces around the world, especially the CENTCOM [Central Command] forces.”

The Tehran Friday Prayer leader, Ayatollah Movahedi Kermani, followed with the injunction to Donald Trump “not to play with the lion’s tail”. He said the “foolish” Trump had violated all international laws with the designation of the Guards: “Today, it has been proved to people of the world, particularly to the regional nations, that mother of terrorism is the US.”

The cleric then turned against Israel. He said that if the Supreme Leader commanded, “the IRGC [Guards] will flatten Tel Aviv”.

Heydari also aimed at the Israelis: “At the entrance of every ground forces’ base we have a sign counting down the days to Israel’s demise”.

On Monday, Trump announced the formal designation of the Guards, the first time that the US has sanctioned an entity of another government as a foreign terrorist organization: “Iran is not only a State Sponsor of Terrorism, but…the IRGC actively participates in, finances, and promotes terrorism as a tool of statecraft.”

The Supreme Leader denounced the “trickery, deceit, and maliciousness” of the Trump Administration and swore that American “plots will boomerang against them”. The Supreme National Security Council and Parliament each designated US forces as “terrorist”.

On Tuesday, President Hassan Rouhani threatened to break the 2015 nuclear agreement with the 5+1 Powers (US, UK, France, Germany, China, and Russia), stepping up production of nuclear centrifuges.

Trump withdrew the US from the nuclear deal last May, and the Americans imposed comprehensive sanctions in November.