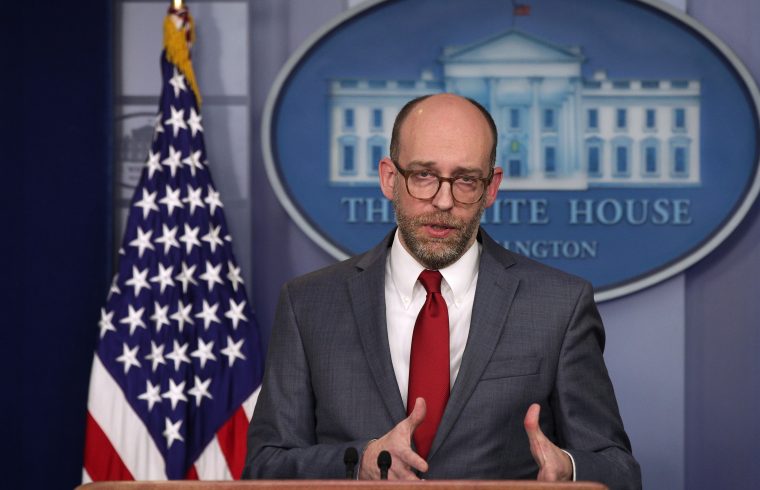 The Trump Administration’s proposed budget cuts more than $845 billion from Medicare over 10 years.

While increasing military spending and seeking $13.2 billion for Donald Trump’s Wall with Mexico, the budget claims “waste, fraud, and abuse” in the program assuring health care for the elderly.

The proposal also slashes social programs as the Administration faces a rising budget deficit because of Trump’s $1.5 trillion tax cuts in December 2017, the large majority of which benefitted wealthier Americans.

Sen. Bernie Sanders, a Democratic candidate in the 2020 Presidential race, tweeted on Monday: “Make no mistake about it: Trump’s budget is a massive transfer of wealth from the working class to the wealthiest people and most profitable corporations in America.”

Trump's budget is breathtaking in its cruelty. It cuts:

This budget does the exact opposite of what Trump promised the American people.

During his 2016 campaign, Trump promised not to cut Medicare, Medicaid, or Social Security.

But the budget proposal takes $241 billion from Medicaid, which provides health care for low-income Americans, as the Federal Government tries to shift more of the responsibility to states. Another $220 billion is from the Supplemental Nutrition Assistance Program over the next decade, with proposals of mandatory work requirements for food stamp recipients and food box delivery service in lieu of cash benefits.

Student loan programs will be reduced $207 billion over the next 10 years, with elimination of loan forgiveness and subsidized student loans.

The White House insisted Monday that the budget, which calls for changes in hospital reimbursement rates and savings on drug prices, does not amount to Medicare cuts.

Russell Vought, the acting director of the Office of Management and Budget, proclaimed, “[Trump] is not cutting Medicare in this budget. Medicare spending will go up every single year by healthy margins, and there are no structural changes for Medicare beneficiaries.”

But Trump’s cuts, portrayed as “savings” are more than three times as large as those in his previous budget.

“The impact on care for seniors would be devastating,” Chip Kahn, President and CEO of the Federation of American Hospitals, said. “Hospitals are less and less able to cover the cost of care for Medicare patients, it is no time to gut Medicare.”

Trump has portrayed Democratic proposals to expand coverage of health care for Americans as “a socialist takeover”.

Sharp Cuts from Environmental Protection to Agriculture to Diplomacy

The budget again seeks large cuts in domestic programs which the Administration failed to get in its first two years in office, amid Congressional resistance, chaos in the White House process, and Trump’s fixation on his Wall with Mexico.

The Environmental Protection Agency’s allocation is slashed 31%. The State Department and Agency for International Development are cut 24%, and the Department of Transporation reduced 19%.

Cuts include federal crop insurance subsidies by $22.1 billion in the next decade, conservation programs, and foreign food aid. The National Institutes of Health’s funding drops 12%, and the Centers for Disease Control and Prevention by 10%.

In contrast, Defense benefits from a 5% increase. It would receive a $33 billion to $718 billion, 57% of the proposed Federal discretionary budget.

After the Trump Administration’s past failures, the latest budget proposal faces an uphill battle, with Democrats taking control of the House — where all finance bills must begin — in January.