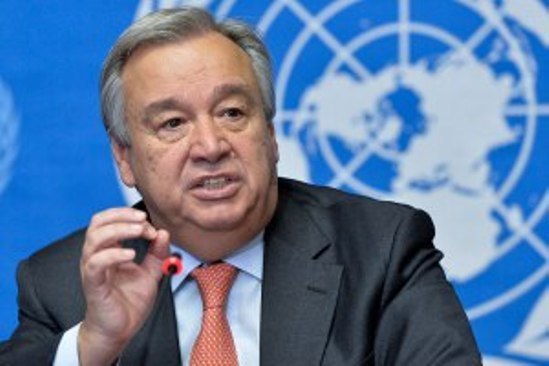 The UN has criticized Iran over ongoing human rights violations, including the mass detention of political prisoners, harsh decisions against “economic disruptors”, and extensive use of the death penalty, with executions of juveniles.

UN Secretary General António Guterres (pictured) reported to the Human Rights Council on Friday, describing violations based on “information from the Government of the Islamic Republic of Iran, [from] State media and non-governmental organizations, and from individual interviews with known victims and alleged victims and their families and with lawyers”.

[I am concerned by] the continued application of the death penalty for a wide range of offences, including those which are vague or uncertain in scope, such as efsad-e fel-arz [spreading corruption on earth], and those which do not involve intentional murder and therefore do not amount to “most serious crimes”, such as adultery or consensual sexual relations between two men in certain circumstances.

Guterres noted that Iran has not moved to halt the executions of juveniles. He cited the arbitrary arrest and detention of dual nationals, members of ethnic and religious minorities, environmentalists, and of human rights defenders and lawyers.

The report also cited abuse of justice in the implementation of the judiciary’s directive, endorsed by the Supreme Leader, for swift punishments amid Iran’s troubled economy. Proclaiming an “economic war”, the regime has set up special Revolutionary Courts which can impose lengthy sentences, with no right of appeal, and the death penalty.

Execution of child offenders, harsh decisions to “take swift and decisive action” against individuals referred to as “economic disruptors” in the context of an “economic war”, by way of a directive issued by the Supreme Leader, denial of many prisoners’ right to fair trial, arbitrary arrest and detention of dual and foreign nationals,

Guterres did say the Iranian Government has stepped up engagement with the Office of the United Nations High Commissioner for Human Rights (OHCHR) and with United Nations human rights mechanisms.

The regime has not reacted to the report.