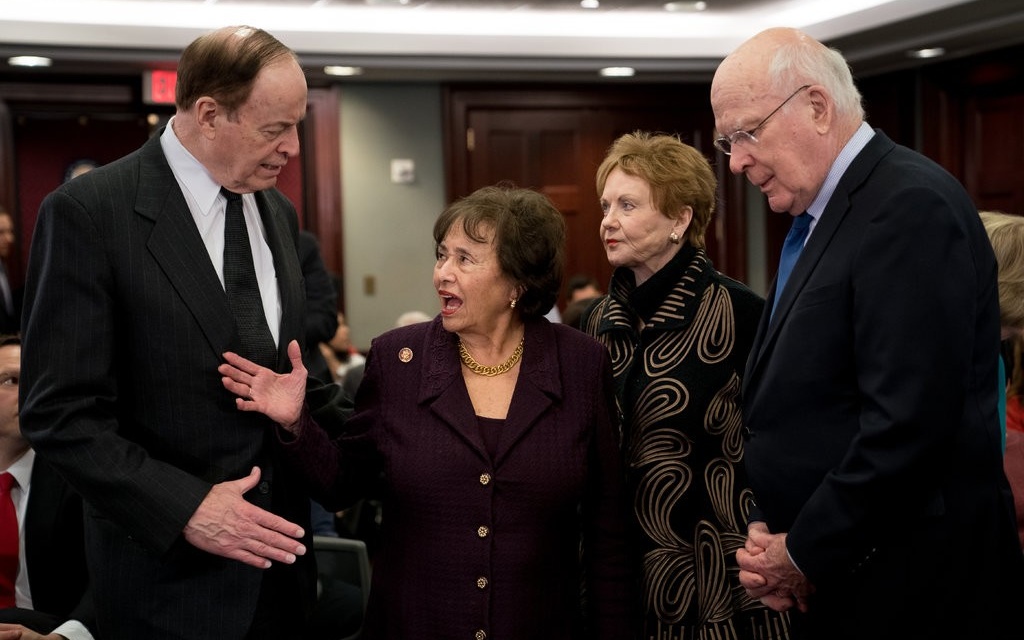 Republican and Democrat legislators are nearing a deal for border security, averting another Trump Shutdown of the Federal Government.

House and Senate conferees said they are close to agreement on a plan for $1.3 billion to $2 billion in border security among the funding needed to keep the Government open from February 15. The deal could be concluded as early as Monday.

The money covers physical barriers such as “bollard fencing”, but does not make any allocation to meet Trump’s ultimatum of $5.7 billion for his $25 billion Wall with Mexico.

Trump has reortedly told allies that he will grudgingly accept a border security figure of about $2 billion, but it is unclear if he will retain the demand thatvsome of this is for The Wall.

“Throughout the talks, Democrats have insisted that a border security compromise not be overly reliant on physical barriers,” said Evan Hollander, the communications director for the House Appropriations Committee. “We will not agree to $2 billion in funding for barriers.”

The Democrats’ last official offer on funding for barriers was a little more than $500 million, but they say privately that they are likely to accept a higher figure.

Representative Kay Granger of Texas, the ranking Republican on the House Appropriations Committee, indicated that bollard fencing, made of steel slats, could be presented to Trump as his “Wall”: “There’s no one that said we should put a solid wall across our southern border.”

There are differences to be resolved for the deal’s completion. The plan provides funds for 40,520 detention beds, under the control of Immigration and Customs Enforcement. Democrats want to limit the number to 35,520, with more money for alternatives to family detention, but Republicans want many more beds.