TrumpWatch, Day 744: Trump in a Muddle Over Syria Withdrawal 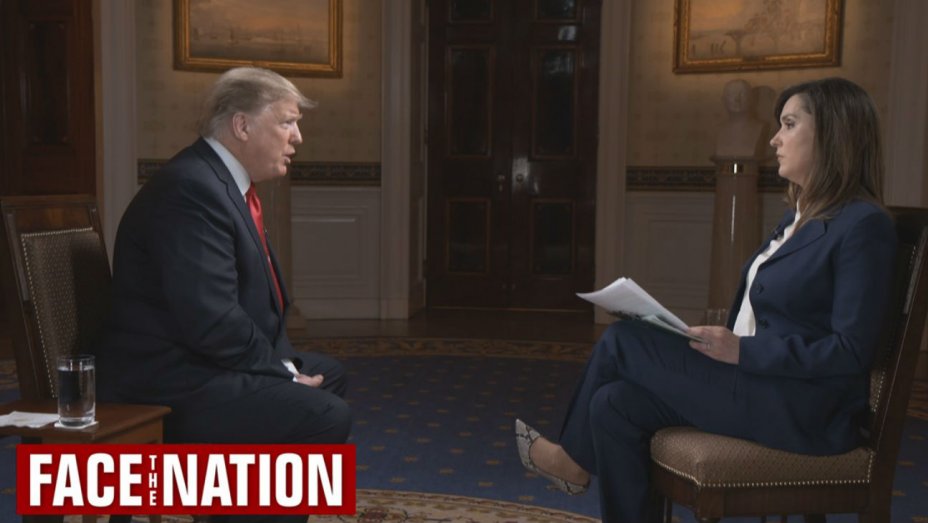 Donald Trump on CBS News’s Face The Nation, in an interview broadcast February 3, 2019

As US agencies challenge his December order to withdraw all 2,000 US personnel from Syria, Donald Trump gives another muddled statement.

Trump said in an interview with CBS television on Sunday that he now intends to keep US troops in Iraq to monitor and maintain pressure on Iran, the essential ally of Syria’s Assad regime:

The remark is a sharp reversal of Trump’s statement at the start of January, as he called Syria a land of “sand and death”: “[Iran] can do what they want there, frankly.”

The Pentagon and high-level staff such as National Security Advisor John Bolton see a continued US presence in Syria as a buffer against Iran’s presence in the country and in the region, including Tehran’s battle with the US for influence in Iraq.

As a result, US officials have pushed back Trump’s initial decision — made suddenly during a phone call with Turkey’s Recep Tayyip Erdoğan on December 14 — to withdraw the troops immediately. No significant moves have been made, and the timetable is now set at four to six months.

The Pentagon is reportedly planning to position quick response forces on the US base in Anbar Province in western Iraq, to counter any surge of Islamic State activity and to support Syrian Kurdish allies as to well as to hold the regional line against Iran. American officials have paid visits to other bases across the country.

The US has quietly negotiated with Iraq for weeks to allow hundreds of American commandos and support troops to redeploy in the country. “Senior American officers and diplomats said Mr. Trump’s latest comments could undermine the delicate talks, inflaming fears among Iraqis over the US position versus Tehran.

A meeting in late January of the National Security Council’s Deputies Committee recommended US permission for the Kurdish-led the Syrian Democratic Forces to retain equipment and for the US-led air campaign to continue airstrikes against the Islamic State.

MP Jawad al-Musawi warned against an increase in US troop presence:

There will be an escalation in the opposition to them. There is distrust of the American government — even if they say they are coming to protect us against Daesh [the Islamic State]. The real reason they will be coming is to hit Iran.

The negotiations and possible complications did not seem to concern Trump yesterday, as he struggled for coherence. He tried to distinguish between the withdrawal of US forces from Iraq at the end fo 2010, a step which he has criticized, and his withdrawal order for Syria.

When Obama pulled out of Iraq in theory we had Iraq….We never had Syria because Obama never wanted to violate the red line in the sand….I was the one that actually violated the red line when I hit Syria with 59 Tomahawk missiles [responding to an Assad regime sarin attack in April 2017]….