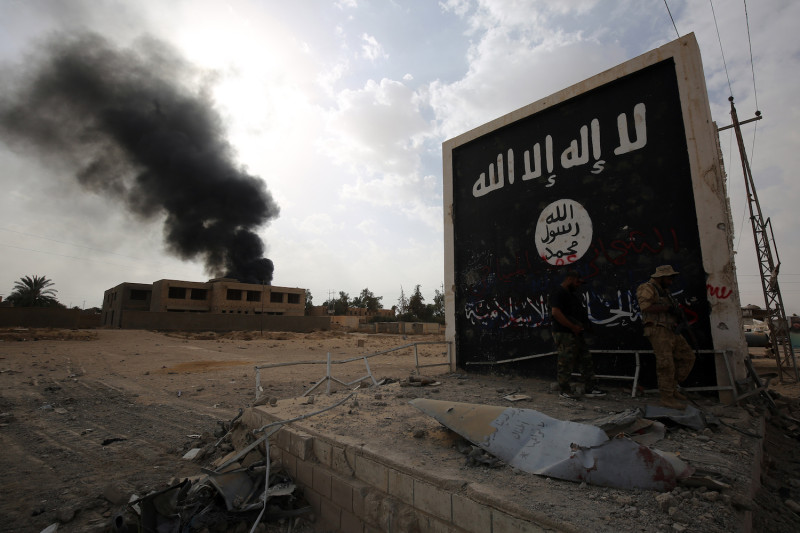 The Islamic State will soon lose the last few square kilometers of its Caliphate. But the group, while weakened and no longer a proto-state, is not defeated. It still poses a significant threat to the stability of Iraq and Syria, especially with the political and economic volatility of both countries.

Until now, humanitarian organizations have not been directly targeted; however, workers have been kidnapped, and aid operations will be affected by the insecurity generated by ISIS guerilla warfare in Iraq and, increasingly, in Syria.

On February 6, addressing representatives of the 79 countries fighting the Islamic State, Donald Trump declared that the international coalition had liberated “virtually” all of the territory ISIS held in Syria and Iraq, and that a formal announcement of victory was likely to come, “probably next week”.

Trump’s statement followed his decision to withdraw all 2,000 US troops from Syria, with the rationale that they are no longer necessary with ISIS’s defeat. The US-supported, Kurdish-led Syrian Democratic Forces announced the last phase of their military operation against the Islamic State, in a pocket along the Euphrates River in eastern Syria along the Iraqi border.

But coalition members have contradicted Trump’s statement, as the US military pushed back the withdrawal order and ensured at least 400 American personnel remain, half of them alongside the SDF. Gen. Joseph Votel, the head of US Central Command, told the Senate Armed Services Committee:

If the major actors and their proxies become embroiled in a competition for influence in Syria, this may create space for ISIS remnants or other terrorist groups to reform or reconstitute.

German Chancellor Angela Merkel said, “The so-called Islamic State has been luckily driven out of its territory but this unfortunately doesn’t mean that Islamic State has disappeared. It is transforming into an asymmetrical warfare force. And this, of course, is a threat.

ISIS fighters, cells, or sympathizers have been involved, as the originator/perpetrator or as a target of military/security operations, in almost 2000 security incidents between 1 January 2018 and 31 January 2019. There have been a relatively stable level of attacks and incidents across this timeframe.

Pushed out of Mosul, Iraq’s second-largest city, ISIS elements have regrouped in the provinces of Kirkuk, Diyala, Salahaddin, and parts of Anbar — territory they know well. From the city of Hawija to the westernmost town of Tal Afar, these elements are mounting ambushes against Iraqi security forces, the scale of which has not been seen in years. The Islamic State appears to be entrenched in the same areas from where the group has grown and conquered large parts of Iraq and Syria.

The Iraqi Government will continue to be confronted with widespread popular discontent, institutional weaknesses, deep political divisions, and protests over a lack of services, high unemployment, and political corruption, The Islamic State will seek to exploit this situation to reinforce its base and recruit local fighters. In parts of Mosul, reconquered in 2017 by government forces after a long and costly campaign, the black-and-white ISIS flag has flown again in recent months, causing panic and fear in villages around. Credible threats have also forced Iraqi authorities to relocate prisoners to prevent their escape in prison breakouts which have staged by the Islamic State in the past.

The Islamic State is evolving. It has adapted to the antipathy among millions forced to flee their homes or chafing under the yoke of Shia militia rule, certain of ISIS’s inevtiable return. The Islamic State will try to push locals back into the group’s orbit, putting resources into a campaign at the village level in rural areas where security is non-existent at night. Through 2018, dozens of village chiefs have been killed across northern Iraq in assassinations, bombings, and kidnappings. At least 13 have been slain since December, including four in Mosul, by assassins travelling in small groups under the cover of darkness.

According to local sources, about 700 fighters have regrouped around Kirkuk and in Hawija to abduct Kurds and Arabs for ransom and to target power lines, oil trucks, and police units defending critical infrastructure. In recent months, scores of houses belonging to military, militia officers and locals who connect villages to state authorities have been burned down. Improvised explosive devices are back as a daily feature across the north of the country, with hundreds recorded over the course of 2018. Major roads littered with IEDs have already become “no go” zones for international organizations.

The West is focused on absolute military defeat, based on experiences fighting nation-states; with the Islamic State, it is about mitigation, not destruction. IS never saw the caliphate in Iraq and Syria as the only representation of its power. The establishment of the caliphate may represent the apex of its achievement, but IS and its adherents have always assumed a long-term view of their quest to establish a permanent state ruled by sharia law.

This permanent quest will continue in Iraq.

The Effect on Humanitarian Organizations

The jihadists probably realizes that controlling new territory is not sustainable in the short term, but they can exploit Sunni grievances, societal instability, and stretched security forces to regain Iraqi areas in the long term. IS still commands thousands of fighters in Iraq — with those remaining in Syria crossing the border to reinforce the group — and maintains eight branches, more than a dozen networks, and thousands of dispersed supporters around the world.

With the challenges faced the Iraqi security services and tensions with Shia militias, there is little prospect for a decrease of ISIS’s activities. On the contrary, there will be more space and opportunities for the group to expand its influence and, after some time, potentially its control.

Humanitarian organizations have significantly increased their presence in areas previously under ISIS control, driven by institutional funding focused on supporting communities, infrastructure, and governance. Some organizations operate only in these areas, creating an imbalance with other regions, especially southern Iraq, which has been completely ignored by donors except for a limited emergency response in Basra late 2018. The Kurdish autonomous region is in the midst of a significant decrease in funding from international donors, despite most organizations being based in Erbil.

Humanitarian organizations face the risk of creating more gaps between the communities of those receiving assistance and those who are excluded. This could stigmatize vulnerable populations, perceived as having suffered less from ISIS invasion and rule, and reinforce the rhetoric used by ISIS to recruit within already-marginalized Sunni communities.

The imbalance can also affect the perception of impartiality, with operations based on internationally-recognized humanitarian principles. Over the longer term, the concentration of humanitarian actors in specific areas and resentment among certain communities could transform into direct targeting of organizations, especially those with a strong western profile.

In the near future, humanitarian assistance will be constrained by the volatile security situation generated by the ISIS presence in large parts of central, west, and northern Iraq. Roadside IEDs, bombings, attacks on military and security checkpoints or convoys, and harassment of civilian populations will impede access to populations in need and delay the delivery of planned assistance programs. This will push international organizations towards emphasis on strong security protocols and hardware security, potentially to the detriment of their interaction with local populations and ultimately to the provided of much-needed aid. 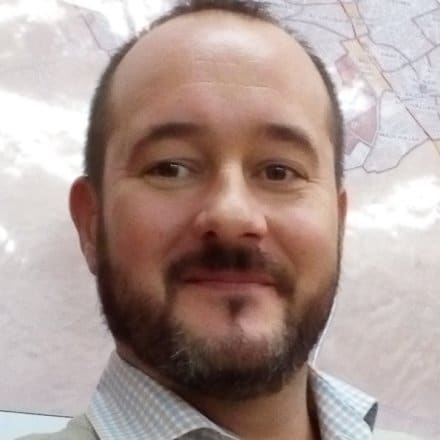 Jim Arbogast is works for an international humanitarian organization in the Middle East. He previously worked for the International Criminal Court at the Office of the Prosecutor and for various humanitarian INGOs. Views expressed here are his own and do not reflect the position of his current or previous organizations.