Lessons from the 1980s for UK’s Independent Group 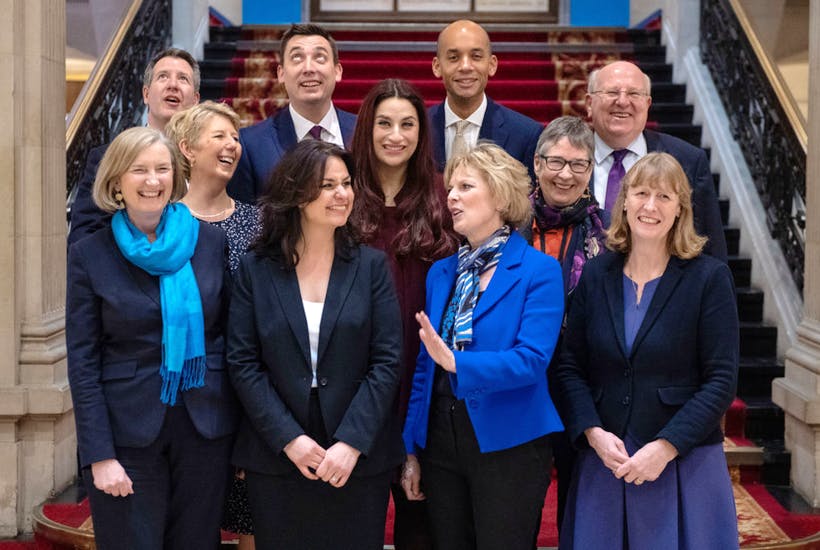 British politics, already rocked by Brexit turmoil, has been further shaken this week by the creation of an Independent Group. There are 11 MPs — eight moving from Labour and three from the Conservatives — with the prospect of more soon joining the movement.

The Group is fuelled specifically by Brexit and generally by worries about “hard” factions taking over both parties, with concerns over Labor’s approach to anti-semitism and the Tories’ abandoning programs to deal with social and economic deprivation after years of austerity.

Writing for the Birmingham Perspective, Dr Matt Cole looks at the new movement through the prism of the 1980s and a breakaway party.

The British public was told on Monday, “Politics is broken. It doesn’t have to be this way. Let’s change it.”

Chuka Umunna and six other Labour MPs invited parliamentary colleagues and activists to visit the website of their self-styled Independent Group to end “tribal politics” caused by “broken parties”. Since then another four – three, vitally, from the Conservatives – have joined them.

Parliamentarians and commentators of a maturer vintage were put in mind of the day in January 1981 when four former Labour Cabinet ministers – against a background of Tory-led economic crisis, a Labour lurch to the left, and John Lennon’s “Imagine” which rather pointedly was Number 1 in the UK chart – resigned the party to set up a Council for Social Democracy. Within two months the Council had morphed into a party – the Social Democrats – which recruited 30 MPs, 100,000 members, and (with the Liberals) six million voters to keep Labour from power for more than a decade. “Are you happy with things the way they are?” asked the SDP’s first recruitment leaflet with Umunna-like guile.

What will come of this week’s breakaway? Some – including academic observers like Richard Carr from Anglia Ruskin – immediately argued that Umunna’s magnificent seven “could break Britain’s political deadlock” in the same way that the SDP promised to “break the political mould” in 1981.

A closer look at British politics today, the history of the ‘centre’ in Britain, and the long view of national political history, suggests that their impact may be shorter-term.

Success has to be measured against aims, and the Independent Group’s were varied from the outset, ranging from Labour’s rule by a clique of “left-wing intellectuals” and leader Jeremy Corbyn’s attitude to foreign affairs to the party’s alleged “institutional anti-Semitism”. Adding Conservatives to this mix will make it more difficult for the Independents to establish a long-term brand.

It was Umunna who developed a more holistic critique, appealing to a wider political community. Possibly these are the sort of people who supported the founder of LoveFilm.com, Simon Franks, when he launched “Project One”, a non-party movement aiming to challenge the political establishment with a centrist agenda a year ago. That project seems to have ebbed away.

If these MPs are ready to sacrifice their political careers as a warning to their parties about their internal politics and outward image, they have already succeeded. Labour Deputy Leader Tom Watson immediately issued a Facebook message, telling Labour activists to reflect on why the seven had left rather than what they felt about them. The reported ructions at Monday night’s Parliamentary Party meeting presumably included debate about how to treat the “traitors”.

All MPs remained significantly silent about the defections during Prime Minister’s Questions on Wednesday. Perhaps most importantly, the new group is now liberated to give an open voice in the Commons, if only a handful of votes, to supporters of a second Brexit referendum in all parties.

On the other hand, if the Independent Group hopes to break the party system, they are setting themselves a major challenge: the eleven MPs are less recognizable than the Social Democrats’ leaders, and parliamentarians are less well-liked collectively by the public. While in the Brexit deadlock they may enjoy moments of influence, they will also strengthen the party loyalties of those whom they have left behind.

Within 24 hours, the Independent Group had been pushed out off the top of the news by Honda’s closure of a UK plant, and the member were fielding questions about racism. Wednesday’s move of the three Conservative MPs gave a fresh boost to the movement, but it will rely on a string of coups to stay in the headlines.

The SDP never broke the centuries-old mould of British politics. David Owen, one of the first leaders, settled at the end of his career for his belief that the split of 1981 had brought Labour back to its senses by the 1990s. For this, the 26 MPs who defected to the SDP lost their seats, and millions of votes and pounds were invested in a decade in which they and Labour failed and Margaret Thatcher ruled.

The cost and the achievement of the Independent Group of 2019 will be well worth watching — but in the end, will they be even less dramatic than the breakaway of a previous generation?