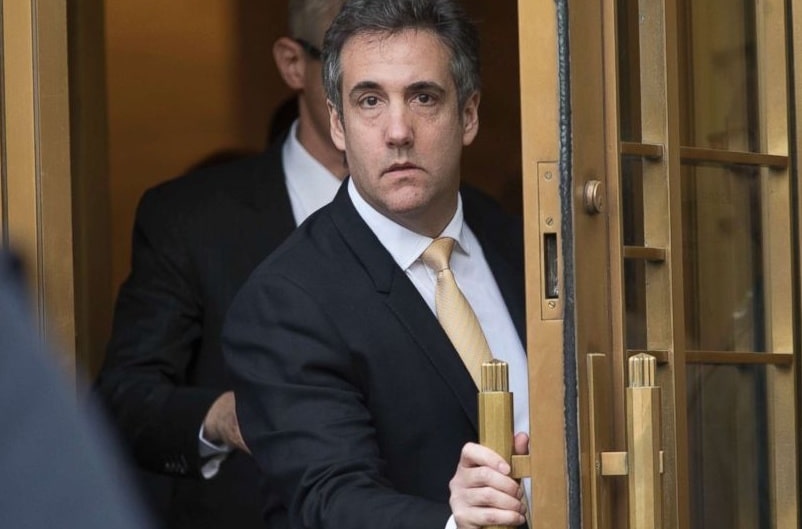 Defying a threat from Donald Trump, former long-time Trump lawyer and fixer Michael Cohen will give closed-door testimony to the House and Senate Intelligence Committees.

Cohen pleaded guilty in August 2018 to eight counts of financial and tax crimes, and then in late November to lying to Congress about negotiations for a Trump Tower Moscow during the 2016 Presidential campaign. He was sentenced to three years in prison last month.

Cohen has implicated Trump in criminal activity with payoffs during the campaign to two women, Karen McDougal and Stormy Daniels, over claimed sexual encounters. BuzzFeed reported earlier this month that witnesses and e-mails point to Trump’s direction of Cohen to lie to Congress; Special Counsel Robert Mueller’s office said the article is “inaccurate”.

Cohen was scheduled to appear before the House Oversight Committee on February 7, but postponed over an apparent Trump threat via Twitter:

Kevin Corke, @FoxNews “Don’t forget, Michael Cohen has already been convicted of perjury and fraud, and as recently as this week, the Wall Street Journal has suggested that he may have stolen tens of thousands of dollars….” Lying to reduce his jail time! Watch father-in-law!

Cohen’s father-in-law Fima Shusterman came to the US from Ukraine in the early 1970s. Trump has used the Eastern European background to imply that Shusterman has ties to organized crime — there is no evidence of this, but Shusterman was sentenced to probation in 1993 after pleading guilty to cashing $5.5 million in checks to evade federal reporting requirements.

Cohen is scheduled to report to prison on March 6.