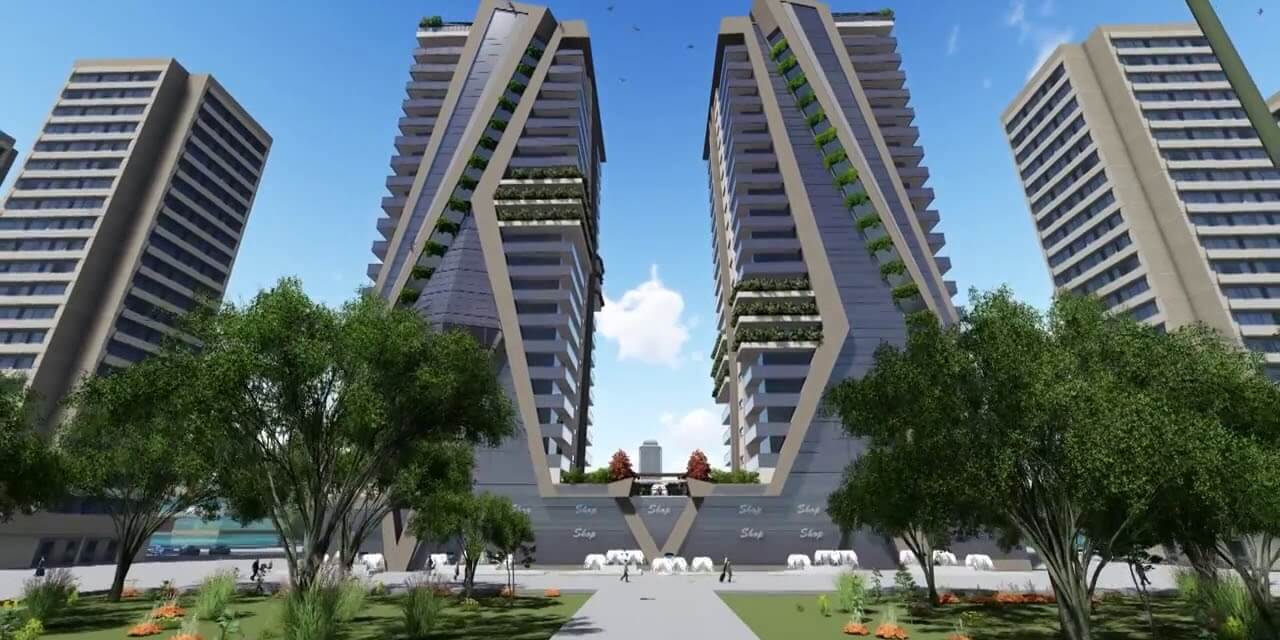 Image from a promotional video for Marota City, built on property taking from working-class people in southwestern Damascus, Syria

The European Union has sanctioned 11 businessmen and five entities in Syria for “supporting and benefiting from the Assad regime including through the use of expropriated property”.

Most of those named are connected to the Marota City construction project in southwestern Damascus, in which residents — mainly working-class and pro-opposition — were cleared out of the area.

The news comes as a delegation of Syrian businesspeople, including a prominent government-linked figure previously sanctioned by the US government, gathered in Abu Dhabi in the United Arab Emirates (UAE) this week, where they are reportedly discussing trade relations as well as redevelopments in government-held areas of Syria.

Included in the EU sanctions list is Samer Foz, chairman of the Aman Group, who had previously escaped the blacklist despite a key role in helping the Assad regime evade international sanctions. His firm has invested millions into the Damascus development. Also named is Mazen al-Tarazi, a Syrian businessman with ties to Kuwait who put in about $320 million into the project through a deal with the Damascus Cham Holding Company.

Damascus Cham was established in late 2016 to fund the Marota project. It has signed contracts with several companies, including with Foz’s Aman Group to build several glass-fronted towers. The Foz-owned TV channel Lana TV broadcasts advertisements for the project as a “landmark” for Damascus.

“Supporting and Benefiting From the Assad Regime”

The EU said it was imposing sanctions on the leading businessmen “making large profits through their ties with the regime and [who] are helping to finance the regime in return”.

The Marota City development is being built over the Basateen al-Razi neighborhood, a site of protests early in the 2011 Syrian uprising.

The EU sanctions list now names 270 persons and 72 entities with a travel ban and an asset freeze. Other sanctions on the regime include an oil embargo, restrictions on investments, a freeze of Syrian Central Bank assets held in the EU, and export restrictions on equipment and technology that can be used for internal repression.

The sanctions were announced as a Syrian delegation was in the UAE for “reactivating and opening new horizons for investments and trade”, proclaiming that “Syria’s [recovery] from terrorism provides a stable investment environment”.

The delegation is led by Mohammad Hamsho, who is linked with President Bashar al-Assad, his brother Maher, and reportedly their Iranian backers.

In 2011, the US Treasury Department imposed sanctions on Hamsho, founder of the Hamsho Group.

The UAE reopened its Embassy in Damsacus in December, marking the Assad regime’s hope to renew relations with Arab countries after Damascus was suspended by the Arab League in 2011.