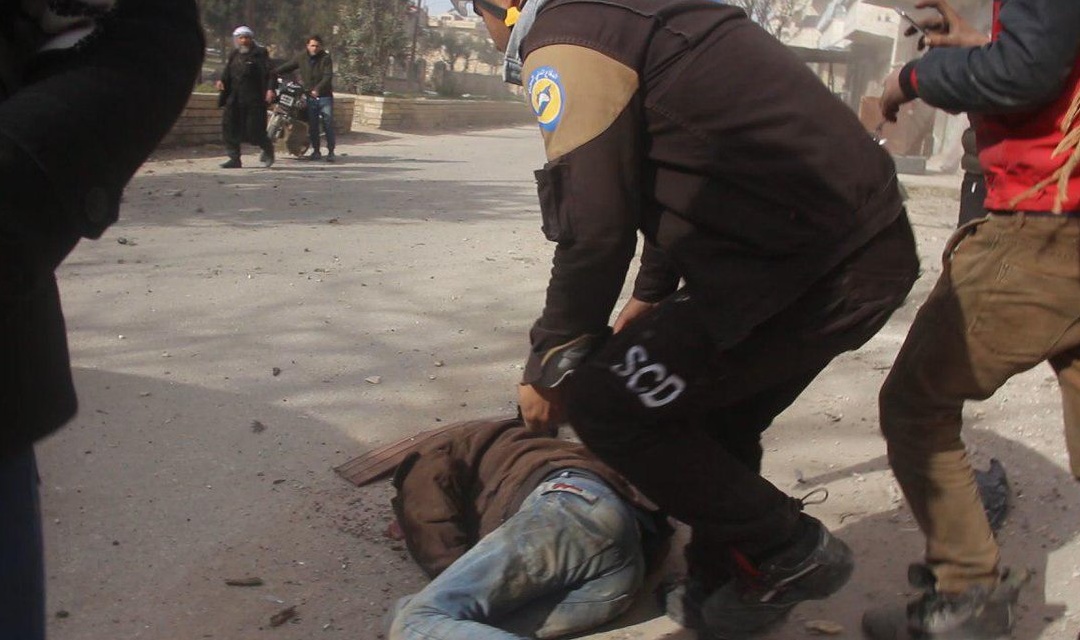 Breaking the agreement for a demilitarized zone in northwest Syria, Assad regime forces shelled a town in opposition-held Idlib Province on Tuesday, killing at least 12 people.

The White Helmets civil defense reported the death toll, the highest in Idlib for months, in Ma’arat al-Num’an. It said 25 people were injured.

BREAKING: Regime airstrikes have hit Maarrat al-Nu'man in northwest Syria killing 11 people and injuring nine others, a toll that's likely to rise. This video shows the panic in a local school as the shells fell. Civilians are not a target and must be protected pic.twitter.com/PDJp7fHdWx

Russia and Turkey, whose forces are alongside rebels in the northwest, agreed in September on the 15 to 20-km wide and 100-km long zone around Idlib, northern Hama, and western Aleppo Province. Pro-Assad forces have recurrently shelled parts of the area despite the supposed ceasefire.

State news agency SANA justified the latest attack by saying the regime army was responding to “terrorist violations” in the southern part of the opposition zone. It did not explain why the shelling was on a civilian site.

A citizen journalist relates the account of a surgeon who failed to save the lives of two victims:

Our souls were broken. The tears were running from our eyes. I came out of the operating room, disappointed and devastated. One of the people greeted me and told me that the child and the man were a father and his son.#Syria #Idlib #EyesOnIdlib

Painful scenes during the #WhiteHelmets teams rescue and retrieve work of the victims following the latest rocket and artillery shelling that targeted Ma'arat al-Nu'man cıty this afternoon, which killed 10 civilians and injured several others. pic.twitter.com/W4ThT0eedn