Russia Investigation Closes on Trump with Arrest of Roger Stone 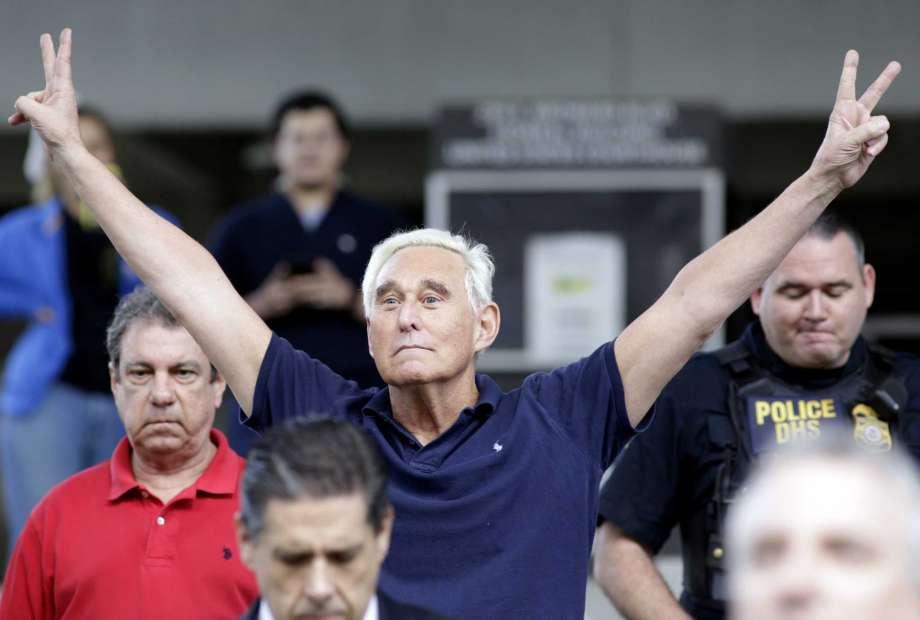 The Trump-Russia investigation further closes on Donald Trump with the arrest of his former advisor Roger Stone.

Stone was detained on Friday in a pre-dawn FBI raid on his home in Florida. The charges arise from Special Counsel Robert Mueller’s examination of connections between the Trump campaign and WikiLeaks, accused as a Russian “cut-out” disseminated thousands of hacked e-mails in an attempt to damage Democrat nominee Hillary Clinton.

Stone was charged on seven counts, including obstruction of an official proceeding, making false statements, and witness tampering, according to the special counsel’s office.

Stone, who proudly calls himself a dirty trickster, began his career as a young campaign aide for Richard Nixon. He is a long-time friend and informal advisor of Trump.

The indictment said Stone told “senior Trump campaign officials” between June and July about the stolen e-mails in WikiLeaks’ possession. The organization released the first batch on July 22 and the Trump campaign sought more:

A senior Trump Campaign official was directed to contact Stone about any additional releases and what other damaging information Organization 1 [WikiLeaks] had regarding the Clinton campaign.

The indictment did not name the senior Trump campaign official and whether it was Trump who directed the official to contact Stone.

On October 7, WikiLeaks released more than 6,000 emails related to John Podesta, the chairman of the Clinton campaign. The dissemination came 30 minutes after a 2005 recording surfaced of Trump bragging about sexually accosting women.

Trump’s inner circle scrambled to distance him from the indictment. White House Press Secretary Sarah Huckabee Sanders insisted, “The charges brought against Mr. Stone have nothing to do with the President.”

Trump lawyer Jay Sekulow maintained, “The indictment today does not allege Russian collusion by Roger Stone or anyone else. Rather, the indictment focuses on alleged false statements Mr. Stone made to Congress.”

“I will never testify against Trump.” This statement was recently made by Roger Stone, essentially stating that he will not be forced by a rogue and out of control prosecutor to make up lies and stories about “President Trump.” Nice to know that some people still have “guts!”

In his only comment on Friday, Trump repeated, “Greatest Witch Hunt in the History of our Country! NO COLLUSION!” He falsely implied that the FBI tipped off CNN about the raid, which was filmed by the channel.

(In fact, CNN was present because an enterprising reporter, drawing on recent statements and developments, anticipated that there would be an arrest and staked out Stone’s residence from 5 am.)