Why London’s Airports Are Vulnerable to Drones 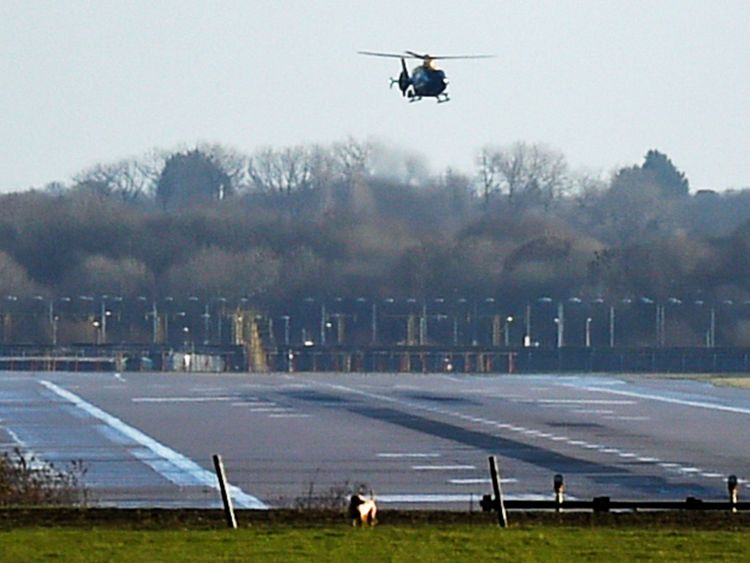 A police helicopter flies over the closed runway at London’s Gatwick Airport, December 20, 2018

London’s Gatwick Airport has been shut since Wednesday night because of drones appearing and reappearing over the runway.

So how vulnerable are the UK’s airfields to disruptive and dangerous drone operations?

The recent events at Gatwick Airport show how vulnerable airport infrastructure is from the fast-evolving and disruptive technology of unmanned drones. This vulnerability carries with it the risk of accident and injury or even loss of life.

Over the last five years, AIRPROX data on near-misses of civilian aircraft has shown an alarming rise in drone incidents. Many have put aircraft at risk from collisions — material from the Military Aviation Authority, the British Air-Line Pilots Association, the UK Department for Transport, and the Drone Team at Bard College show just how damaging this can be.

Aside from the risk of accident, there is also the risk of disruption as seen at Gatwick. This has an economic dimension, not often discussed because of the priority given to the potential.

Research by our team at the University of Birmingham offers findings showing the need for increased regulation, registration and insurance, and a suite of detection and drone countermeasures to protect both the Critical National Infrastructure and Crowded Places.

This work, from research and interviews with expert practitioners across the government and commercial sectors, makes the following recommendations:

*There should be immediate registration of drones of all sizes. Although nefarious users may not choose to register, an operational system would make them stand out from the rest.

*There needs to be compulsory insurance. Disruptive technology often comes at a cost, one which should be borne by the user.

*In the debate between public safety and the growth of the drone sector, serious consideration needs to be given to limiting all drones over 250g — and under 250g with a camera — to the state and commercial sectors only.

*There is an urgent need for joined-up detection and anti-drone countermeasures at all UK airports.