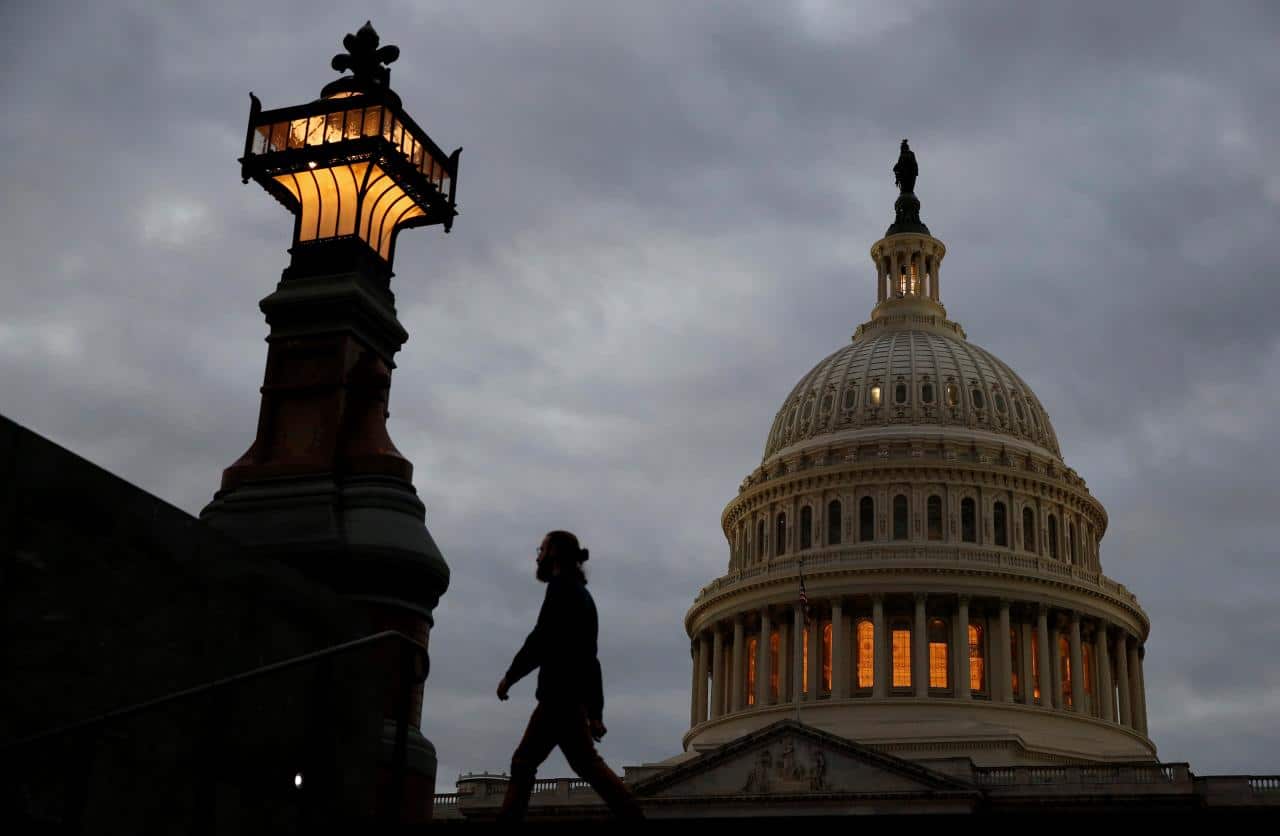 Donald Trump’s shutdown of the US Government will continue into 2019, after Republican leaders gave up hope on Thursday of a continuing resolution for funding.

The Senate reconvened for just four minutes after talks between the White House and Democrats made no progress. The House met briefly, with Majority Whip Steve Scalise telling Representatives not to expect votes for the rest of the year. When Democrats sent Rep. Jim McGovern to press for consideration of a stopgap funding bill that the Senate had already passed, Republicans would not recognize him.

Trump has insisted that $5.7 billion for his $25 billion Wall with Mexico must be in the resolution. He told Democrat Congressional leaders Chuck Schumer and Nancy Pelosi on December 11, “I will be proud to take credit for a shutdown of our government over border security.”

Funding ran out last Friday at midnight, affecting 25% of Government services and 9 of 15 departments — ironically including Homeland Security, responsible for US borders. About 400,000 Federal employees were sent home; about 400,000, such as airport security and border guards, continue to work without pay.

Democrats have offered $1.3 billion for border security. But they refuse any allocation for The Wall, which they see as an ineffective Trump vanity project, and will not increase the allocation — since Trump has not spent 94% of additional border security money that has already been provided.

Democrats take control of the House of Representatives on Wednesday. Pelosi, the incoming House Speaker, pledged a continuing resolution without the Wall funding: “We will vote swiftly to reopen government and show that Democrats will govern responsibly in stark contrast to this chaotic White House.”

House Democrat leaders are planning alternatives of a stopgap funding measure until the end of February, a longer stopgap through September, or year-long spending bills for all but the Department of Homeland Security, which would be funded by a separate stopgap measure for current financing levels and policies.

But Trump, returning from a PR trip to Iraq, persisted with his Wall campaign via Twitter, including a verbal assault on the 9th Circuit Court, declarations about “Drugs” and “Human Trafficking”, and misrepresentation of Israel’s fence across Palestinian territory.

This isn’t about the Wall, everybody knows that a Wall will work perfectly (In Israel the Wall works 99.9%). This is only about the Dems not letting Donald Trump & the Republicans have a win. They may have the 10 Senate votes, but we have the issue, Border Security. 2020!

Trump rewrote his failure to get Wall funding in March, when he refused a deal including the initial tranche of money in return for a path to citizenship for about 800,000 “Dreamers”, children who came to the US with undocumented immigrant parents in the early 20th century:

The reason the DACA [Dreamers] for Wall deal didn’t get done was that a ridiculous court decision from the 9th Circuit allowed DACA to remain, thereby setting up a Supreme Court case. After ruling, Dems dropped deal.

He added, in an apparent jab at Pelosi and Schumer, “Do the Dems realize that most of the people not getting paid are Democrats?”

White House Press Secretary Sarah Sanders tried to shift responsibility from “proud” Trump to the Democrats in a statement:

The only rational conclusion is that the Democrat Party is openly choosing to keep our government closed to protect illegal immigrants rather than the American people. The president does not want the government to remain shut down, but he will not sign a proposal that does not first prioritize our county’s safety and security.

Meanwhile, the Office of Personnel Management said affected federal employees should ask landlords and other creditors if they can pay only part of their bills during the shutdown. The office advised employees to consult their “personal attorney” if they have problems.

The Smithsonian said it will have to close all museums, research centers, and the National Zoo in Washington from January 2.