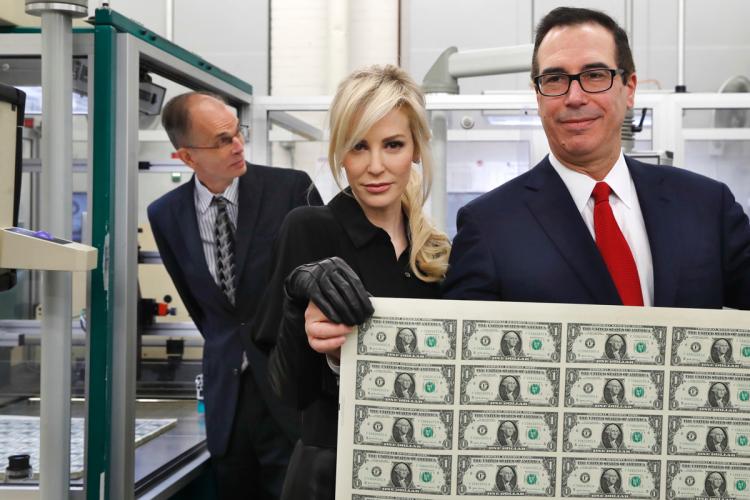 Treasury Secretary Steven Mnuchin, ostensibly trying to ease market concerns about a tempermental Donald Trump and a chaotic White House, has only rattled the financial sector with a call to the heads of the six largest US banks.

Suspicions were immediately raised over political motives behind Mnuchin’s call from a Mexican vacation. He said the CEOs — of Bank of America, Citi, Goldman Sachs, JP Morgan Chase, Morgan Stanley, and Wells Fargo — assured him they had ample funds for operations, even though none had raised liquidity concerns.

“Panic feeds panic and this looks like panic in the administration,” said Diane Swonk, chief economist at Grant Thornton. “Suggesting you might know something that no one else is worried about creates more unease.”

On Monday, Mnuchin will convene Donald Trump’s working group on financial markets, known as the “plunge protection team”, formed after a market crash in October 1987. The group includes Jerome Powell, the chairman of the Federal Reserve, and the head of the Securities and Exchange Commission.

Two Trump advisors said the calls caused unnecessary alarm. “No one thought we were at crisis level,” one said. “It’s going to create more of an issue than we had already.”

Speculation has risen that Trump will fire Powell, blaming him for December’s drop in the stock market, set to be the largest fall in 1929. Analysts have attributed the recent downturn, adding to this year’s losses, to a Government shutdown for which Trump has taken credit, Trump’s trade war with China, and the Trump-Powell disputes.

But Trump is pinning the decline on the Federal Reserve’s decision for a gradual rise in interest rates, rather than easing them. “He says that Powell is going to make him a one-term president,” says a “senior administration official”. Other aides said Trump complained that Powell would “turn me into [Herbert Hoover]”, President when the US fell into the Great Depression in 1929.

Trump may also be opposed to a rise because it would add to his business’s payments on $340 million of variable-rate loans.

Recklessly risking massive economic damage to millions of ordinary citizens in order to lower the interest payments on the president’s own huge loans isn’t just terrible policy. It’s a dangerous abuse of presidential power and could form part of a pattern of impeachable offenses

Mnuchin and Trump spoke on Saturday about the situation. Aides said that Trump knew the concern that he will fire Powell hurt the markets, but he did not want to defend the Fed chief. So Trump told Mnuchin to put out a statement. The Treasury Secretary tweeted on Sunday:

(1/2) I have spoken with the President @realDonaldTrump and he said “I totally disagree with Fed policy. I think the increasing of interest rates and the shrinking of the Fed portfolio is an absolute terrible thing to do at this time,…

(2/2) especially in light of my major trade negotiations which are ongoing, but I never suggested firing Chairman Jay Powell, nor do I believe I have the right to do so.”

But an administration official cautioned that Mr. Trump could change his mind and dismiss Powell, given Trump’s tendency to nurse grudges.

And political analysts saw an Administration tactic of spreading uncertainty and fear, possibly to undermine Powell’s position or to push the Fed into pulling rates down.

Could saying there's no need to panic when no one is panicking induce a panic?

Mnuchin statement is like the Defense Secretary tweeting out of the blue, "Don't worry, I checked and all of our nuclear submarines are *definitely* still loyal to the USA." Um, I wasn't worried that they weren't—until you just said something. Now I have follow-up questions….