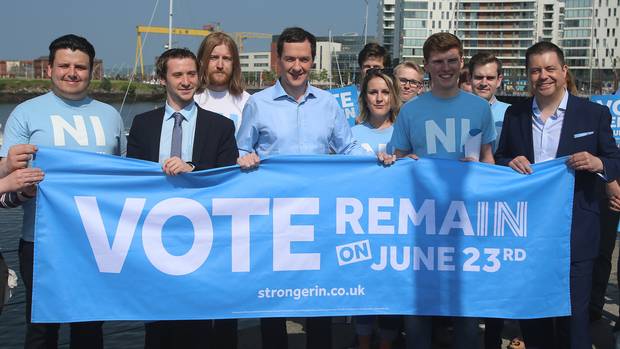 Professor Jean McHale writes for the Birmingham Brief, based on team research in The UK in A Changing Europe project:

It seems a long time since the Brexit Referendum campaign and the Big Red Bus with £350 million on its side. But even as a No Deal looms, the impact on the National Health Service across the UK’s devolved regions has not been explored.

Our interviews in Northern Ireland indicate that there is a key geographical challenge over staffing and delivery of patient care. Recent years had seen increasingly integrated healthcare provision across the island of Ireland. Much of this was driven by economies of scale and led to a considerable degree of integrated care provision with some services supported by European Union InterReg funds, some under the North-South Ministerial Agreement and others via bi-lateral arrangements.

With children’s cardiac surgery stopped at Belfast Royal Victoria Hospital in 2015, children from Northern Ireland and the Republic are treated in Our Lady Children’s Hospital in Dublin. The Irish Government has contributed funds to the Radiotherapy unit at Altnagelvin, which provides treatment for cancer patients from both Northern Ireland and Donegal. There is cross-border provision of emergency ambulances.

Our interview respondents expressed great concern at anything which would hinder the provision of such services in the future. Patients from Northern Ireland use the EU Patients’ Rights Directive to bypass large waiting lists and obtain treatment abroad, funded by the NHS. Access to medicines and drugs in the case of a No Deal Brexit is a particular concern with the Government already taking steps to order a six-week stockpile of essential medicines. Our respondents raised the prospect of the shortage of consumables, such as needles and syringes, and what they saw as the fragile nature of existing supply chains.

Staffing was raised as a concern, with any prospect of limited access to health professionals trained in another member state as a major issue. In Northern Ireland, the majority of their clinicians from another EU member state come from the Republic of Ireland. Respondents noted how existing staffing shortages could be seriously exacerbated, due to the adverse impact of Brexit on recruitment.

Under EU law, there is a system in place for the mutual recognition of professional qualifications. There were suggestions that the current EU recognition of qualifications was not sufficiently rigorous, and this could be an opportunity to tighten professional qualification requirements for those from other member states. Others saw any change and tightening of requirements as having an adverse impact on recruitment, particularly in the context of nursing.

Public health is an area where the EU has had a considerable impact on health policy. Respondents raised smoking control as a particular issue. The EU has driven forward regulation in relation to e-cigarettes. Some in public health see e-cigarettes as a gateway into smoking, particularly for the young, and a major health risk, but others see it as a way to wean people off nicotine.

The impact of Brexit on patient safety also remains a significant concern. A No Deal Brexit would remove the UK from a range of cross-border safety and vigilance systems operated by the EU, such as those concerning serious adverse drug reactions, blood and tissue safety, and the safety of health care practitioners.

Health is underpinned by socio-economic factors and poverty and deprivation can have a corresponding devastating impact on health. Any major damage to the economy could have an adverse impact, a prospect particularly flagged by respondents in Wales and Northern Ireland. In Wales, the prospect of “mass unemployment events” and the long term impacts of the loss of EU structural funds and their impact on health was also seen as a serious risk.

As Prime Minister Theresa May has delayed the meaningful vote on Brexit’s Withdrawal Agreement, the clock is ticking down to 11 pm on March 29, 2019. The impact of a No Deal Brexit on the NHS across the UK could be very sharp and painful, unless there is very careful management of the contingencies and myriad of factors which affect the regulation and provision of health care.