EA on CNN: Trump Contained at the G20 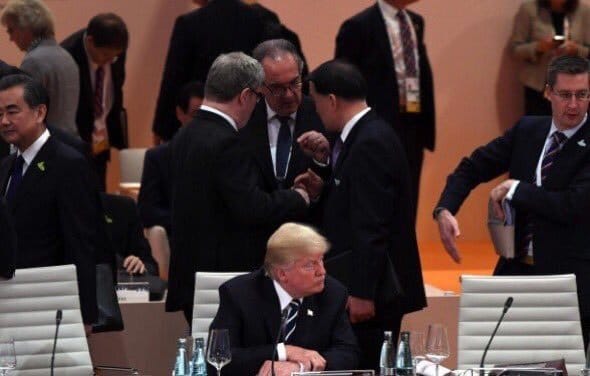 I joined CNN International’s Natalie Allen on Sunday morning to explain the containment of Donald Trump at the G20 summit in Argentina.

We begin with a myth-busting analysis of the meeting between Trump and China’s Xi Jinping and its announcement on tariffs (“A headline, not a breakthrough”). Then it’s a look at Russia’s strategy to deal with Trump — protecting Moscow’s challenge to deal with Ukraine — after he cancelled a scheduled discussion with Vladimir Putin, and a conclusion about Trump’s general isolation at the summit:

Donald Trump was muted for two reasons. One, there wasn’t really any space for him to take the lead, apart from possibly the talks with China. And secondly, because he’s rattled about what’s happening back home — the Trump-Russia investigation.