EA on CNN: Beyond Donald in Iraq — US Policy, Trump Shutdown, and the Markets 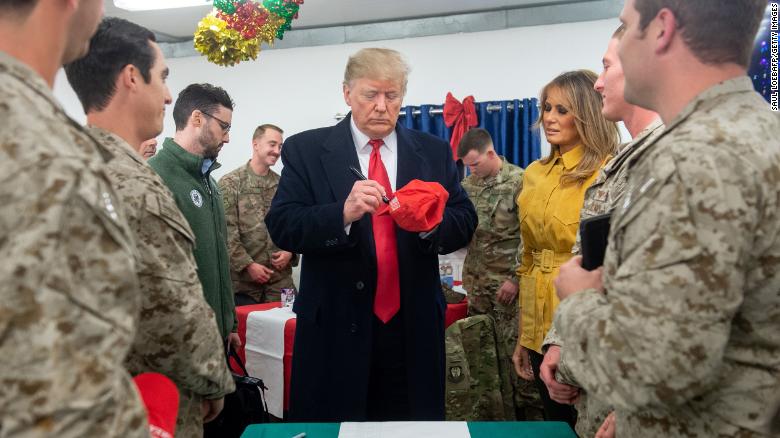 I spoke further with BBC Radio Scotland about the motives for Donald Trump’s trip to Iraq, the follow of his approach to Syria and Iraq, and

You have debates and you develop policy by consulting your advisors, by thinking through the consequences of what you do.

When Donald Trump decided, during a phone call with the Turkish President, “That’s it, we’re leaving,” he didn’t consult anybody, he didn’t have any knowledge of what he was doing, and he didn’t see any consequences other than falsely thinking he could save a bit of money by bringing troops home.

We also consider the Trump Shutdown and why Trump will likely “have to accept political reality” when Democrats take control of the House of Representatives on January 3.

ORIGINAL ENTRY: I joined CNN International’s Rosemary Church on Thursday to look beyond Donald Trump’s PR trip to Iraq, discussing US foreign and military policy, Trump’s shutdown of the Federal Government, and his conversion of the stock market into a roller-coaster.

When Democrats come in on January 3 and take control of the House of Representatives, the chances that Trump has support from either house of Congress to maintain this shutdown evaporate.

It’s just a question of how long after that Trump maintains his “$5.7 billion for the Wall or I keep everything closed”.