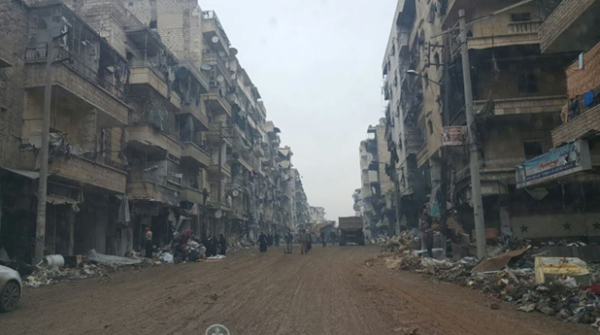 The Assad regime has extended the time limit for a law setting out the seizure of property from displaced Syrians.

State media said Monday that people now had one year rather than 30 days to claim their homes and land in areas officially designated for redevelopment.

In April, the regime adopted Law 10 setting the 30-day limit on houses that it said were built without formal approval or property deeds. State news agency SANA said Bashar al-Assad issued Law 42 late Sundy to extend the period and to give owners more time to appeal verdicts, doing so through normal courts instead of through a judicial committee.

More than half of Syria’s pre-conflict population of 22 million have been displaced, with more than 6.5 million registered as refugees.

Critics of Law 10 said it was impossible for many people to establish ownership within 30 days. Property records, land deeds, and identity cards have been destroyed or lost. Power of attorney for relatives or friends of refugees can take at least three months and requires a security clearance.

The UN and many countries had expressed concern over the law. The regime has been accused of using “redevelopment” to seek demographic change and to seize property for its own use.

Last month Jan Egeland, the UN head of humanitarian operations in Syria, said he was told by Russia — Assad’s essential ally — that the regime had withdrawn the law.