Khashoggi Murder Will Not Disrupt Saudi Influence in Southeast Asia 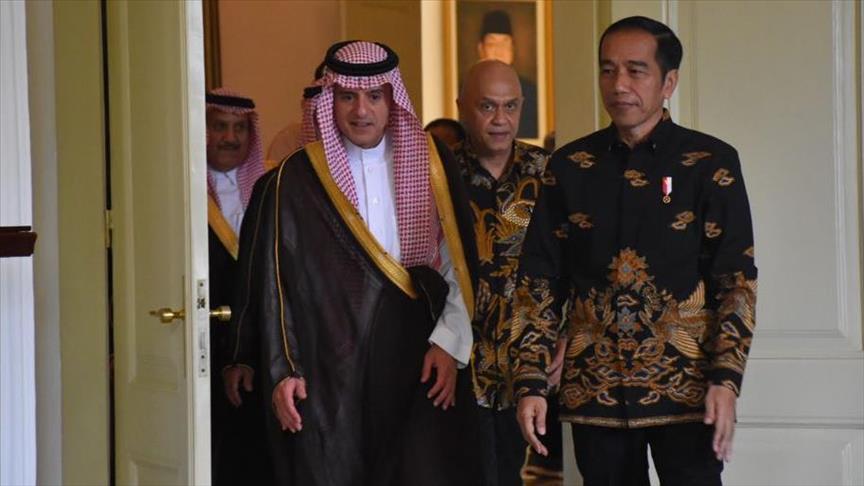 Asmiati Malik and Scott Edwards of the University of Birmingham write for The Conversation:

The revelation of Jamal Khashoggi’s murder inside the Saudi Arabian Consulate in Istanbul, Turkey is harming Saudi Arabia’s international relations, including with Muslim-majority Southeast Asian countries Malaysia and Indonesia.

In Indonesia, in addition to uneasiness about Khashoggi’s fate, people are protesting against the Saudi execution of Indonesian domestic worker Tuti Tursilawati without warning Indonesian authorities.

But despite signs of change, the influence of Saudi money and ideology may be too big to dismantle in these countries.

Islam in Malaysia and Indonesia shares similar values and was constructed and merged with ancient Melayu’s culture in 625c. Initially spread through arts such as music and wayang (theatre), it emphasises not only moderation and compassion, but also respect for local customs.

After increasing influence from Saudi scholars throughout the past two decades, however, there has been a change in how both countries interpret Islamic studies.

Saudi influence gained massive publicity due to the extravagant donation of US$680 million to Mahathir’s predecessor, Najib Razak, even though it is increasingly evident that the money did not come from the kingdom’s royal family as claimed, but instead from corruption surrounding the 1MDB development fund.

In Malaysia, Saudi Arabia also donates to schools and universities to spread their conservative views. Scholarships are given to male scholars to study at Saudi universities such as the Islamic University of Madinah, famous for Salafism ideology.

The Islamic Science University of Malaysia receives generous funding from the Saudis. Similarly, in the Philippines, Saudi money has been traceable to the Moro Islamic Liberation Front, which allegedly had strong ties with Al Qa’eda.

The Saudis recently have been on a charm offensive in Malaysia. Foreign Minister Adel al-Jubeir visited in October, discussing matters such as Haj pilgrimage quotas. The Saudies have also tried to reassure the new government that their support for Najib was not malevolent.

When Saudi King Salman bin Abdl Aziz visited Jakarta in 2017, he allocated a $13 billion budget for business, education, and religion in Indonesia.

This is the latest injection of Saudi funding, traceable to the 1980s. They made contributions to the Institute for the Study of Islam and Arabic (LIPIA). The institution is famously known for ultra-orthodox Islamic views.

For instance, male students are urged to grow their beard and wear ankle-length linen pants. Women are encouraged to wear a burqa. The students study philosophical thoughts of Imam Muhammad bin Abdul Wahhab, a founding father of Saudi Wahhabism.

There is a clear line between LIPIA in Jakarta, USIM in Malaysia, King Saud University in Riyadh, and the Islamic University of Madinah.

Not all their graduates support extreme views, of course. But there is a rise in beliefs triggering polarisation and conflict. Some are concerned that an increasing “Arabization” of Malaysia and Indonesia has led to growing intolerance and division, even between Islamic adherents – creating a dichotomy of liberal and orthodox views.

This has a stronger impact when Saudi Arabia not only exports its Wahhabism view, but then encourages people to enter politics. In Malaysia, proselytization via Saudi-funded mosques has been followed by a growing recruitment of Saudi-trained Islamic scholars into the governmental bureaucracy.

Wahhabi and Salafi politicians are gaining strength in Indonesian and Malaysian politics. This not only furthers the spread of Wahhabism, but also embeds Saudi influence into structures of these countries.

The generosity of Saudi money in Southeast Asia allows the embedding of this influence, as well as their ideology. Economic linkages such as funding and oil deals with Indonesia and Malaysia increase the support of the Saudi Kingdom. As such, while there are current disruptions and attempts to transform the relationship with Saudi Arabia, their ideological and economic influences make this extremely difficult.