Iran Daily: Supreme Leader — Follow Us, Not the US 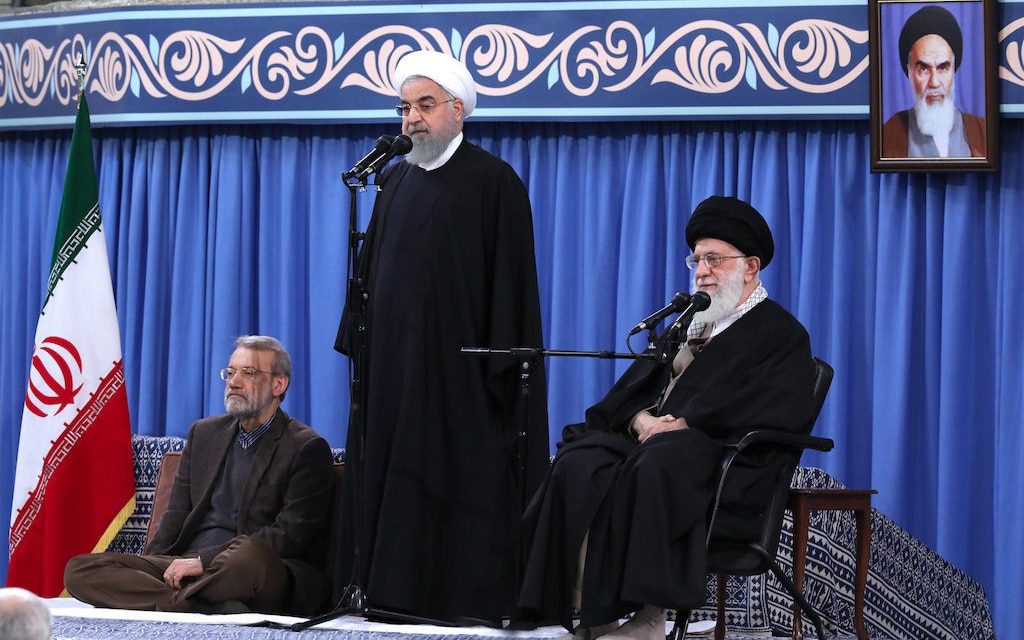 Iran’s Supreme Leader has appealed to Muslim nations to follow Tehran and not the US, as the Islamic Republic faces the challenge of a crippled economy and American sanctions.

Speaking to the Islamic Unity Conference in Tehran on Sunday, Ayatollah Khamenei struck a defiant pose:

The US is obsessed about our region because the nations of our region incline to Islam. Wherever Islam has come to power, Arrogant Powers have been slapped in the face….

There is a movement of resistance against oppression in the world, and this resistance relies on the name of God and Islam.

Khamenei did not refer to Iran’s problems with production, investment, employment, and currency, nor did he mention the comprehensive US sanctions that were imposed on November 5.

Instead, he complained that “some of the countries of our region follow the US rather than the rule of Allah”, and appealed to “the rulers of the Islamic countries to turn their attention to the rule of Islam [as] the rule of the U.S. and the tyrannical system will not serve them”.

The Supreme Leader cited the links of the US and Saudi Arabia, which broke diplomatic relations with Iran in January 2016. He said Donald Trump had insulted the Saudi monarchy by referring to the relationship as “milking cows”.

Why should Muslim rulers side with the U.S. in its criminal acts against Palestine and Yemen? These rulers must know that in the two fronts, victory will be for the people of Palestine and Yemen, and the US and its allies will be defeated.

Iran’s President Hassan Rouhani, who told the conference on Saturday that Israel is a “cancerous tumor” created by the West, supported Khamenei in his own address yesterday: “[The West] want to do whatever they want in the region, and for us to close our eyes on it.”

He asserted, “Our path is clear. We consider our regional neighbors to be our brothers and the regional security to be aligned with our own security, and extend the hand of friendship to all Muslims.”

Unlike the Supreme Leader, Rouhani referred to the US economic measures, comparing sanctions to “Takfir” — heretical, threatening Muslims.