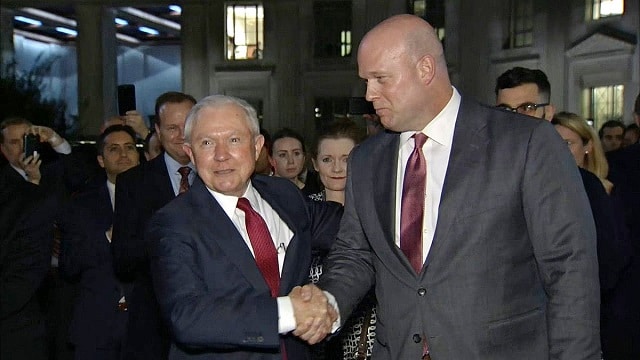 I spoke with Austria’s Radio FM4 and London’s Monocle 24 about Donald Trump’s firing of Jeff Sessions and naming of Matthew Whitaker as Acting Attorney General — a step, borne out of anger and frustration, trying to contain and possibly halt the Trump-Russia investigation of Special Counsel Robert Mueller.

I think Republicans are uncertain as to what’s happening. For fear of angering Trump’s base, they won’t come out and say anything against the President. At the same time, they know that Trump is unpredictable, they know things can turn very quickly.

And they know that if Donald Trump moves against Robert Mueller, it will be greater than the Constitutional crisis of 1973, when Richard Nixon tried to escape Watergate.

We’re beyond Nixon now because Donald Trump does not believe in any checks and balances in the US Government.

So why should he believe Congress has the right to stop him?