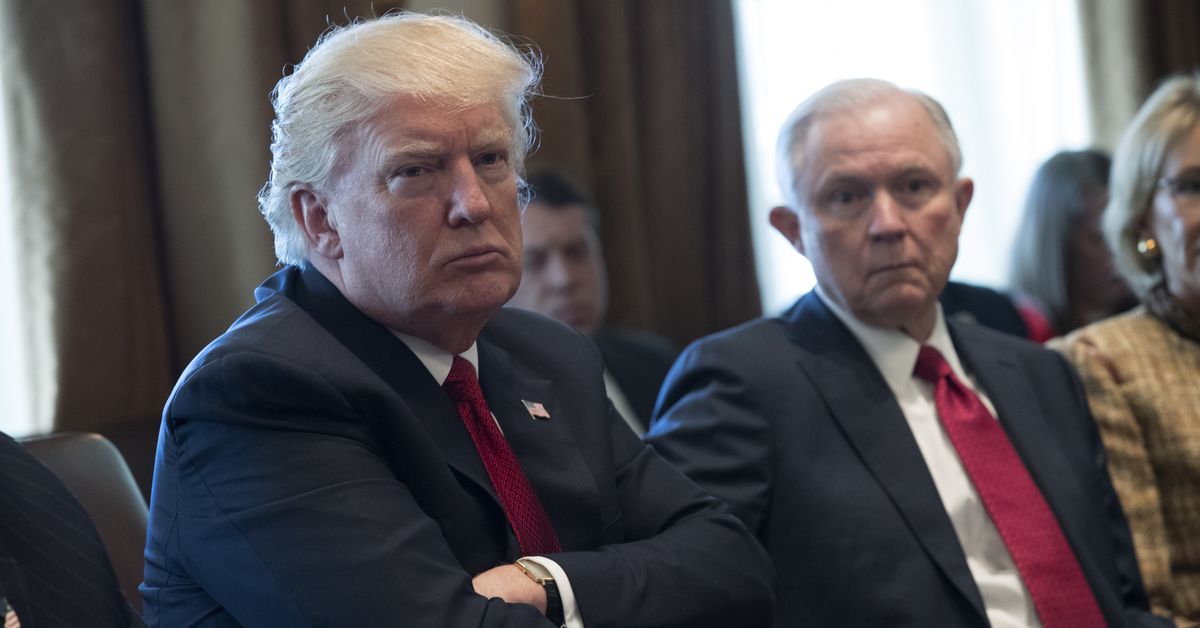 Published in partnership with The Independent:

Jeff Sessions, the Attorney General fired by Trump on Wednesday, lasted longer than almost anyone else.

But after 21 months in his post, Sessions had to be dismissed brusquely, not even allowed to wait until Friday to depart. He had to go because the only concern for Donald Trump – worried, frustrated, angered by the investigation of his possible conspiracy with Russia in 2016 – is Donald Trump’s political survival.

The White House had signalled for months that Sessions would be removed after Tuesday’s midterm elections, but the speed of yesterday’s execution took many legislators, analysts, and Sessions himself by surprise.

Why the rush? Because for Trump, Special Counsel Robert Mueller’s Russia inquiry is closing in. For two months before the midterms, there was an easing of pressure because Mueller’s team – observing an unwritten protocol – brought no new indictments, summoned no witnesses, released no evidence.

The hope of Trump’s inner circle was that a resounding win on Tuesday, dashing Democrat hopes of taking the House of Representatives, would prove their supremacy and close any space for Mueller to conclude his work. But the Democrats took the House and can now use its committee to complement Mueller’s investigations. They could launch further inquiries into Trump’s finances and possible conflicts of interest. They can try and protect the Special Counsel as he subpoenas Trump for questioning.

Trump — always feeling under threat, always sensing enemies, but always wanting to be admired — demands loyalty. Not loyalty to the Constitution or to the office of the Presidency, but to Donald Trump. When FBI Director James Comey refused to give that oath in May 2017, he had to be dismissed. But that firing brought the appointment of Robert Mueller, and Trump had a bigger problem: what to do about a dogged Special Counsel who sees no loyalty except to the integrity of establishing what happened in the 2016 Presidential campaign?

Sessions offered loyalty to Trump. But he provided no protection when he recused himself from oversight of the Russia investigation in March 2017, over his contacts during the 2016 campaign with Russian Ambassador Sergey Kislyak.

So Sessions had to go, replaced by Trump loyalist and political operative Matthew Whitaker as Acting Attorney General. In that role, Whitaker can assume oversight of Mueller’s inquiry. He can restrict funds and demand information which might be passed to White House. He can veto the subpoena for the questioning of Trump, sought for months by the Special Counsel. And Whitaker, or if a much more senior Republican will take the Attorney General’s role – could fire Robert Mueller.

If Trump-Russia comes to this, it will be the greatest Constitutional crisis in recent US history, surpassing Richard Nixon’s attempt to escape Watergate by dismissing Special Prosecutor Archibald Cox in 1973.

Trump foreshadowed the battle in a bad-tempered press conference on Wednesday. He will assail any media which is not 100% supportive as “fake” and an “enemy of the people”. He will denounce Democrats as treacherous plotters. He will turn against his own agencies, and even denounce Republicans whom he views as unreliable.

In this battle, no one is safe except for Donald Trump’s family – daughter Ivanka, son-in-law Jared Kushner, sons Donald Jr. and Eric.