EA on Monocle 24 and talkRADIO: US Sanctions v. Iran 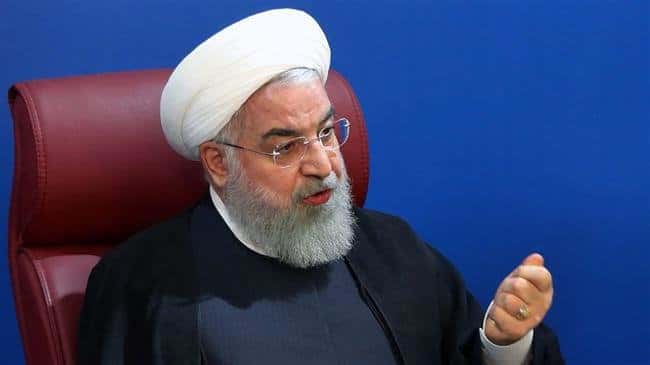 Iranian President Hassan Rouhani in a meeting with the directors and deputies of Iran’s Ministry of Economic Affairs and Finance, in Tehran, November 5, 2018 (IRNA)

UPDATE, NOV 6: I spoke with Eamonn Holmes and Liz Kershaw on talkRADIO on Monday night to discuss the Trump Administration’s goals and Iranian response to the first day of comprehensive sanctions.

The problem with the Trump Administration’s regime change approach: the moment you think you can just turn Iranians out into the streets and rise up against the regime, you’ve miscalculated.

Iranians want reform and change, but they don’t want to feel that reform is being dictated to them from outside.

I joined Monocle 24’s The Globalist on Monday morning to describe and assess the comprehensive US sanctions on Iran.

The discussion considers the Trump Administration’s aim of regime change and whether it is realistic, and the likely response of the Islamic Republic’s leadership and people.